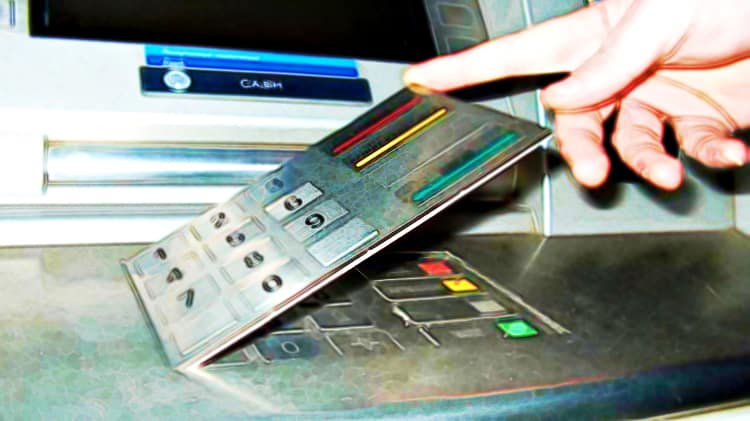 The Cyber Crime Circle of Federal Investigative Agency (FIA) has caught and detained a gang of Chinese fraudsters with the help of Bank Al-Habib Limited (BAHL). The fraudsters were involved in attaching ATM skimming devices along with PIN Hole Camera Panel at ATMs belonging to various banks in Karachi.

The gang was caught red-handed with the devices in their possession, however, FIA and banks have not determined the value of money transferred from Pakistan to different countries. Details shall be revealed after the investigation has concluded.

The fraudsters were illegally capturing card data from ATMs and sending the details to foreign countries to execute international cash withdrawals, we have confirmed with Syed Mustafa Ali Raza of Bank Al-Habib Limited who was one of the key persons who made the arrest.

According to details, the Chinese gang namely Zhong Xianming and Zhong Xianquan, were attempting to remove the ATM skimming device and PIN Hole Camera Panel from the BAHL ATM located at Chartered Accountant Avenue Branch, Karachi.

BAHL officials and FIA caught them on the tip of customers.

As a result of initial investigation, recovered devices including a laptop, a skimmer that was attached with NCR-Self Serve ATM, a skimmer attached with Diebold ATM, fake-Counterfeit cards having data of different banks, imported double tape roles, external hard disks having ATM PIN capturing data and many other useful illegal materials.