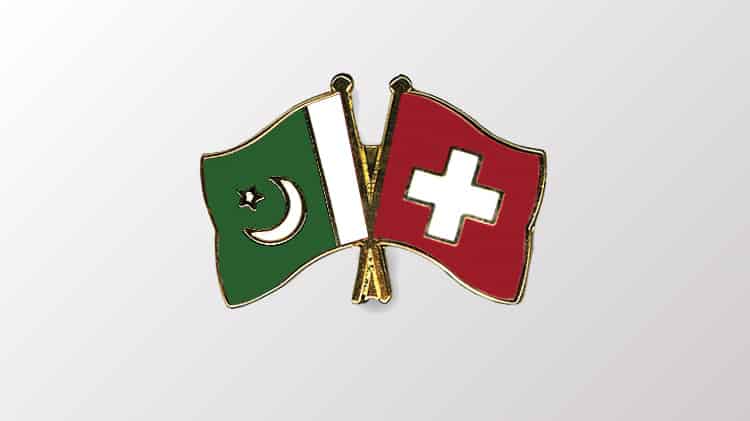 Pakistan and Switzerland Tuesday signed the revised Agreement on Avoidance of Double Taxation with respect to taxes on income.

The Agreement was signed by the Ambassador of Switzerland, Marc George and Chairman, Federal Board of Revenue, Dr. Muhammad Irshad.

The signing ceremony was witnessed by Senator Mohammad Ishaq Dar, Federal Minister for Finance, Haroon Akhtar Khan, Special Assistant to the Prime Minister on Revenue and other officials from the Embassy of Switzerland, Ministry of Finance and Federal Board of Revenue were also present on the occasion.

The revised Avoidance of Double Taxation Agreement between Pakistan and Switzerland will open new vistas for cooperation, especially in the areas of exchange of information for tax purposes.

The agreement contains improvements with regard to the taxation of service fees and capital gains resulting from the sale of qualifying participants.

These rules promote economic exchange in bilateral relations. The agreement also contains an arbitration clause, which should guarantee the avoidance of double taxation.

One of the highlights of the re-negotiated treaty is the replacement of the Article on “Exchange of Information” with the new one reflecting the internationally accepted standard which is based on the OECD Model.

The new Article on Exchange of Information will considerably expand the existing scope of information to be obtained on request basis for the enforcement of domestic tax laws.

The existing Avoidance of Double Taxation Agreement between Pakistan and Switzerland was signed in 2005, and enforced in 2008.

However, subsequent to the Federal Cabinet approval in August 2013, Pakistan had approached Switzerland for incorporating the updated version of the Article on Exchange of Information based on the OECD Model.

In August, 2014, Pakistan delegation visited Switzerland for re-negotiation of Pak-Swiss Treaty and initialed the draft agreement between the two countries.

However, in order to safeguard national interests and to bring certain provisions of the initialed agreement in line with Pakistan’s tax policy, Switzerland was requested for a second round of negotiations which was finally agreed in May, 2016 and held in Berne, Switzerland in June, 2016. The negotiations were held in a very cordial and friendly atmosphere and all the issues were amicably resolved.

It may be recalled that the Swiss government had invited the Finance Minister to sign the agreement with the Head of the Federal Department of Finance (FDF) of Switzerland, and had proposed the signing to be held on 21stMarch 2017 in Berne.

The Swiss government has also proposed a meeting between the Finance Minister of Pakistan and the Head of FDF of Switzerland on the side-lines of the upcoming spring meetings of the World Bank Group and the IMF on 21 – 23 April 2017. The Government of Pakistan has agreed to the proposed meeting.
After signing, both the States will undertake internal procedures for ratification of the Agreement. After exchange of instruments of ratifications, the Agreement will come into force in Pakistan on first July of the next calendar year following that of the entry into force.