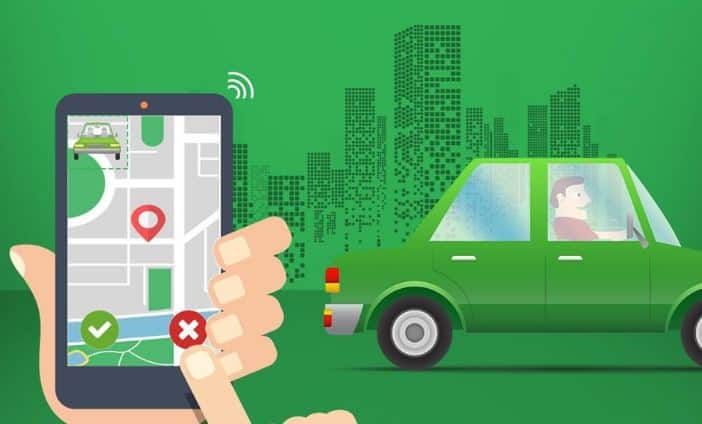 A 20-year-old girl, far from her home in Chakwal, gets a call for an interview for an exchange program. The interview is in Marriot Hotel, Karachi, on the coming Monday. Pursuing her bachelors in Computer Science from Institute of Business Administration, she lives in a hostel and has no transport of her own. Belonging to a conservative family, she never travels alone, especially not in public transport.

This girl’s name is Aasma Jabin and it’s the first time she decides to use a ride-hailing app, Careem. What further convinces her to go for it is the service’s “Share Tracker” feature, which lets you share your location with a friend in real time. A white Corolla pulls up outside the university’s campus minutes after she calls for a cab and she reaches her destination with a good half an hour to spare. Her first experience in a ride-hailing service leaves her happy and satisfied.

Last year, Uber finally launched its operations in Pakistan, giving the Middle-Eastern ride-hailing service, Careem, some much needed-competition. While Uber has established itself as a global player and is one of the fastest growing companies around the globe, Careem has still managed to hold its own very well.

This competition may be bad for prevalent, albeit outdated, modes of transport, provoking a debate over the legality of ride-hailing services and nearly getting banned in Punjab. However, it is certainly a win-win for the millions of people around Pakistan who have been sick and tired of the nearly non-existent transport infrastructure in the country, except in a few cities.

For a certain part of the Pakistani population, the advent of Uber and Careem is almost too good to believe — college students! They are the perfect customers for these services. After just entering their adult years, yet free from many responsibilities that await them after their studies are over, they now have the perfect way to get around the city.

Not every student has a car, especially not his or her own. Most rely on transport provided by private van owners or by the college themselves. Others, mostly boys, rely on motorbikes as a cheap way for their daily commute. On-campus students are the ones that are hurt the most, with no decent way go about the city unless they have a friend who owns a car.

What’s the alternative? Haggling with some rickshaw driver, most of whom charge exorbitant rates and more if you aren’t aware of an estimate for the place that you are going? Even after that, you have to cram yourself in the rickshaw and suffer through the uncomfortably bumpy ride on the pathetic roads, especially if you are a resident of Karachi. The situation isn’t too dissimilar in other cities as well.

However, none of these options are feasible to go out and grab a bite with your friends, or watch a movie, or any other hangout. Therein lies the biggest market for Uber and Careem — the only comfortable, readily available, not-too-expensive way of getting around the city. They offer the freedom to go anywhere without worrying about your transportation needs for the way back. You also know the exact distance and the exact rate you are going to be charged for, eliminating the worry of being cheated. You don’t even have to direct the driver.

They may be a little out of range for use as a permanent solution for most people, but when shared between friends, the cost becomes easier to bear.

I reached out to a number of students from colleges around Pakistan and was pleasantly surprised to hear about the different ways these cab services are being used.

A group of three friends, studying in IBA, Karachi, had to come all the way from Defense for their classes at the university’s main campus in Gulshan-e-Iqbal. Before, they used the university’s point bus services, which apart from being incredibly expensive, also took much longer to get to the university. Now, one of them hails a cab and picks the other two on the way, and they all share the fare. Not only does it give them the freedom to come in an air-conditioned car on their own times, but it is also comparatively cheaper.

I also talked to a hostelite friend of mine, Bilal, who is a student of Electrical Engineering at National University of Sciences and Technology (NUST), Islamabad. For those who aren’t aware, NUST’s campus is a little out of the hustle and bustle of the main city. For them, the option of calling a cab at the click of a button is like a wish come true.

Previously, the only way to go about the city was by a taxi, and sometimes, they didn’t even get a taxi. Now, they use Careem (since Uber hasn’t yet launched its operations in Islamabad).

“We had to wait for quite some time to get a taxi,” says Bilal. “But Careem is the ultimate mode of transport now. And it is cheaper too. You can easily save Rs 50-100 per trip.”

Qaseem Javed, yet another student enjoying the reliability and comfort offered by Careem and Uber, studies at Bahauddin Zakariya University, Lahore. He is from Multan and, when coming to Lahore, usually arrives very late.

“We usually reach Lahore at 4:00 a.m in morning.” he says. “Imagine Kot Lakhpat Railway station at that time!”

The place is creepily empty, with barely a few rickshaws here and there and a few shops open. Impressed by the low fares that are almost equivalent to the fares charged by rickshaw drivers, Qaseem has now become a regular user of ride-hailing services.

For situations like these, Careem and Uber are more than just a luxury; they are a necessity.

These are just a few of the thousands of others who are making use of the ride-hailing services. A student myself, I regularly use both, Careem as well as Uber, to commute about the city, more than twice a week. Usually, I book a cab from my university for the ride back home, and the driver I get is almost always coming after just dropping a university student. A couple of drivers have also mentioned by in passing how the most rides they get these days are from students, especially around the Karachi University campus in Gulshan.

This article in no way aims to be a flattery of Careem or Uber, nor is it a sponsored article. The mere purpose of writing this article is giving the people who are still on the fence about using these services a reason to do so.

Recently, there was a call to ban both services by the Punjab Government but the announcement was declared untrue and an “internal memo” just a day later. Whether it was the public outcry that forced the government’s hand or it was indeed an honest mistakes, who knows! However, the fact remains that they have become a necessary part of life for some people and this article is an acknowledgement of that.