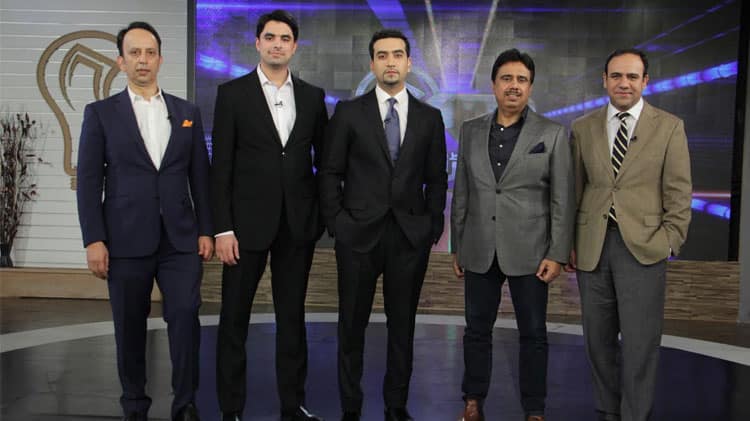 This Saturday we witnessed another exciting episode of Idea Croron Ka – Pakistan’s First Business Reality Show on NEO TV Network. It started off with the introduction of a new investor on the show; Mr. Abdul Rehman Talat, Director Marketing and Sales at Orient and CEO at BlueEast, a sister concern of Orient. The episode had two other investors including Mr. Humayun Mazhar, CEO at Cres Soft and Mr. Salim Ghauri, CEO at Netsol and the expert advisor Dr. Umar Saif, acting as the ‘12th player on the startups’ side’ as introduced by Nabeel A. Qadeer, the anchor of the show.

The first startup featured on the show was Homestove; a platform to provide home-made food to people living far from their homes. Zarak Shah, the co-founder of Homestove realized this problem when he was working in Karachi and was fed up of eating food outside. Since then he started working on this application and are bringing an earning opportunity to home based chefs. Zarak Shah explained the concept that when you open this application, you find the list of food items from home based chefs on board with Homestove within 5-10 kms radius. Zarak Shah has successfully launched this concept in Lahore and is now looking to scale it to other cities now. His ask was Rs. 10,000,000 for 20% equity. The investors rigorously drilled the team on numbers and business model and Zarak Shah very tactfully answered them but was unable to raise any investment. However, Mr. Salim Ghauri liked the idea and offered him mentorship to help him refine his business model which was a good take away from all of this.

Next up was the segment Himmat Karo Pakistan featuring Haneef, a laundryman who had lost an arm in an accident a few years ago. However, he did not let it become his weakness and never lost hope. He had his family to take care of and that kept him going on. He worked even hard and produced excellent quality because he knew that is what will bring back people. Now he is looking to take it to a larger scale for which he required help in equipping his shop with the right equipment. To this the investors said they will collectively help him if he can provide a list of items he requires and Salim Ghauri offered to pay for his children’s fees. This was a very emotional moment for Haneef.

Mr. Naeem Zamindar, previously an investor on the show was introduced as a success story in episode 2. Naeem Zamindar, CEO at Acumen is well known for his services in the IT industry. He is the man who has played a great role in providing business in multiple domains including Mobile functional services, mobile financial services, cable TV and information technology. Naeem Zamindar owes his success to believing in himself and having faith in others. He has great respect and love for people and hope to work towards their betterment. When Nabeel asked him to mention one inspiration he has in life, he said he as many but if he was to mention one, he’d mention Mr. Abdul Sattar Edhi. Naeem turned around Wateen, when it was not doing so well and he was also the founding member of Mobilink. He initiated the broadband business unit of Mobilink which is now known as Jazz. Dr. Umar Saif while appreciating Naeem said he is one of those people who become down-to-earth and more respectful towards people as they reach new heights of success. Naeem strongly believes the solution to poverty is entrepreneurship and innovation. In the end Humayun Mazhar praised the humility and vision of Naeem Zamindar.

The last startup to pitch for investment was Smart Devices. Abdul Ghaffar the founder of Smart Devices has made a device that can control all electrical home appliances on just a click of a button using a mobile application wherever you are, online or offline. Abdul Ghaffar was looking to raise Rs. 40,000,000 against 40% equity to help him manufacture the hardware device at a large scale from China. Investors and Expert Advisors drilled the startup on the valuation and alternative solution to which Abdul Ghaffar justified quite well. Salim Ghauri offered an investment of Rs. 20,000,000 against 50% equity while Humayun Mazhar offered Rs. 25,000,000 against 50% equity in the startup. However, the twist came when Abdul Rehman Talat offered to acquire the startup for Rs. 40,000,000. Abdul Ghaffar was astounded by this offer but very intelligently asked for Rs. 60,000,000 in return for 100% stake in the startup. The deal was finally closed with Abdul Rehman Talat acquiring the startup at Rs. 50,000,000.

The episode came to a close with this amazing deal that has never been seen before on any TV show. NEO TV Network broke its own record of previously investing the highest amount of Rs. 10,000,000 in a startup. These are the perks of pursuing entrepreneurship. Its high time people try exploring this domain. Kudos to Nabeel Qadeer, Chaudhry Abdul Rehman, Chairman NEO TV Network, CMACED, investors, advisor and the entire crew for bringing us this one of its kind business reality show.