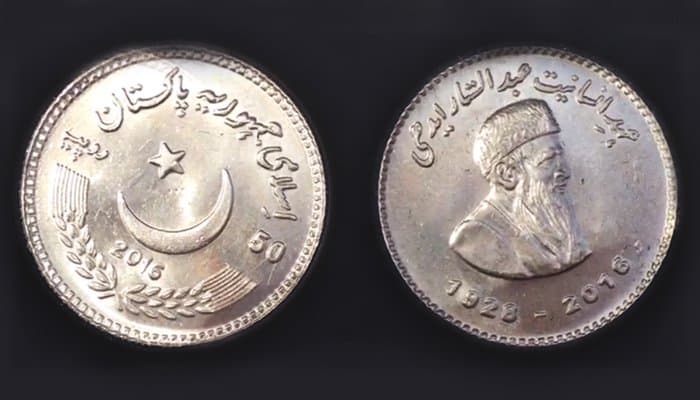 A Rs. 50 coin was unveiled at the State Bank of Pakistan Friday, 31st March, 2017 to commemorate the services of late Abdus Sattar Edhi. 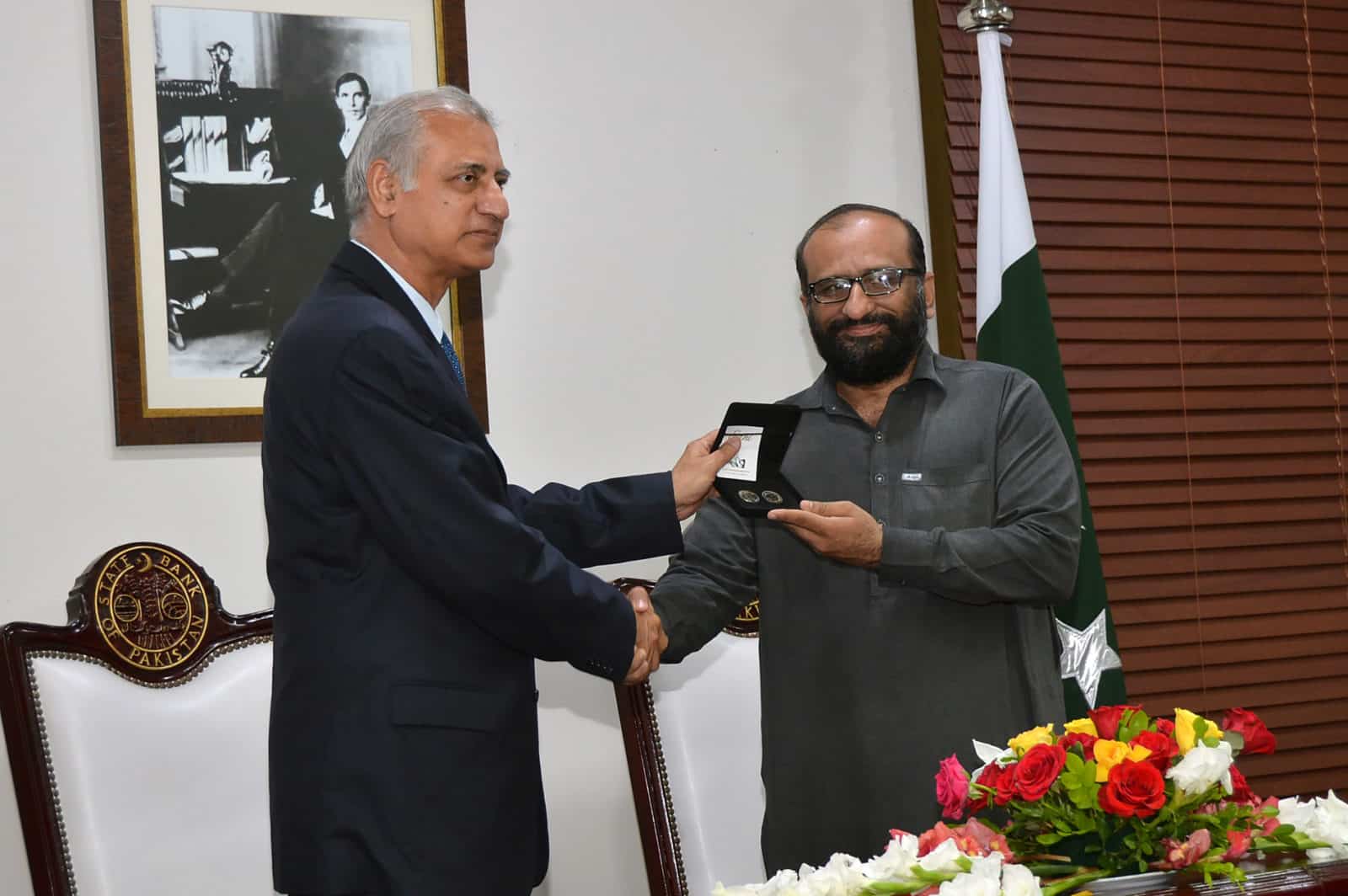 Edhi is the only social worker who has been honored with a commemorative coin, he said. He said that in July 2016, the State Bank had organized a condolence gathering to pay homage to Edhi, where the commemorative coin announcement was made.

On the recommendation of the State Bank, the Prime Minister had decided to issue a coin to commemorate Edhi’s services at national level. The wide scope of Edhi Foundation’s services reflects the late philanthropist’s deep insight into various social issues, he said, adding that in rendering his services Edhi made no distinctions of geographical limits, color, race, nationality and religion.

The best way to pay tribute to Edhi Sahib is to espouse his cause and cooperate in all philanthropic activities.

Mr. Faisal Edhi thanked the SBP and the Government of Pakistan for issuing the coin commemorating Edhi’s services to the humanity. He said that Abdus Sattar Edhi would remain alive in the hearts of the nation, his mission should continue forever for the benefit of people.

The ceremony began with Mr. Abid Qamar, Chief Spokesperson of the SBP, welcoming the participants. Mr. Qamar told the audience that issuance of commemorative coins started on the birth centenary of Quaid-e-Azam Muhammad Ali Jinnah when three coins were issued.

Twenty-seven coins commemorating various personalities and occasion have been issued, including 100th and 150th anniversaries of Islamia College Peshawar and Lawrence College. He informed the audience that commemorative coins would be available from today at SBP field offices throughout the country.