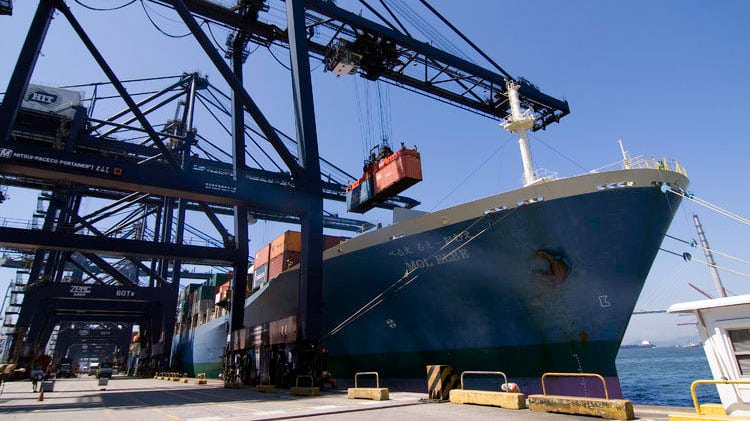 Hutchison Ports Pakistan, the country’s first deep-water container terminal, has received the first call of the Hyundai Splendour, the largest container ship to have ever visited the terminal.

The terminal operator broke its own previous record of 129 container moves per hour, achieved during the call of the 6,200 TEU MSC Lucy on 17 January 2017. The port has already broken its productivity record twice since starting test operations on 9 December 2016.

CEO Captain Rashid Jamil said that the ship marks the beginning of a new era for mega vessels calling at Pakistan.

“We have broken our own previous productivity record within a short span of time which shows that we are succeeding in bringing the efficiencies we had aimed for. We will continue to do so in the future as well.”

Last month, Hutchison Ports Pakistan received the biggest and deepest vessel with a draft of 14 meters in Pakistan at South Asia Pakistan Terminals (SAPT). This was recorded by the container vessel Hyundai Long Beach when it sailed.

According to the port authorities, this was the first time in the history of Pakistan that a container ship with such huge depth was at berth in any port in Pakistan. Previously, vessels with a draft up to 13 meters were berthed at Karachi Port and at Port Bin Qasim.

SAPT is a US $1.4 billion BOT project of Hong Kong based Hutchison Port Holdings, the world’s biggest container terminal operator.