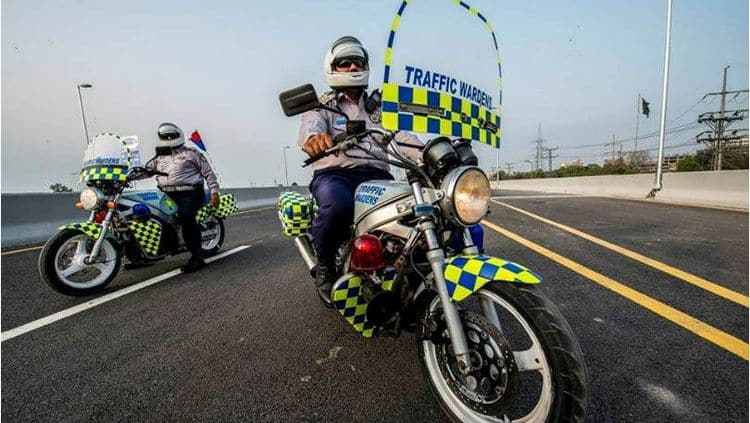 KPK government had made several claims about facilitating the traffic police with the latest technologies and reforming the force as a whole. The project started with Peshawar and was expanded to other cities of the province.

Over the past few years, Khyber Pakhtunkhwa traffic police has seen a major change in the way it deals with traffic and the citizens. Peshawar’s traffic wardens have been at forefront and have set some great examples for others to follow.

However, change does not come from changing uniforms or lacing officials with the latest tech. It comes with a change in mindset.

In this case, officials were encouraged to do the right thing without fear of unjust consequences. To aid and facilitate them and the common citizen that they serve, the traffic police have been backed up by technology. This can be seen with their use of a regular camera feed that records everything that goes on the roads and in front of the traffic wardens.

Here are a few examples of appreciable efforts by some traffic wardens in KPK:

A recent viral video shows a Peshawar traffic police warden rejecting an offer to take bribe. Instead of misbehaving the officer asked the traffic violator to promise never to do something like this again and fined him according to the laws of the province.

A similar incident was reported a few months ago where the Peshawar Traffic Police’s camera recorded an officer refusing to take bribe.

Since KPK’s traffic police has the local government’s support, VIP culture is also diminishing in the region. Officers behave the same way towards the general public as they do with government officials.

VIPs – even MPAs and other government office holders – have had to face the law as traffic wardens continue to fine and warn them without any regard for their stature or authority.

Adapting With the Circumstances

Where some KPK traffic police officials strictly follow the rules, others have an odd (some might even say out-of-the-box) way of improving the province’s traffic situation.

Here are a few of initiatives taken by them:

Since the new system is quite different from other provinces. The videos below highlight how the system was implemented a few years ago and some of its unique aspects:

Other provincial law enforcement authorities are also making strides in the same way. There are a few examples of cops in Sindh, Punjab and Balochistan exhibiting the highest standards in delivering their services. There is always room for improvement provided that an environment and the will exists to do better. Hopefully, things can only improve from here.

The idea here is that even though Pakistani police is notorious for adopting heavy-handed and at times illegal tactics to do anything but ‘serve’ the citizens, it merits mentioning here that not all is lost for the local law enforcement agencies. The lack of political will as well as an accountable culture is the first step in this regard. Ensuring that the public has a stake in the system and giving them tools to effectively give feedback on the police force can help matters immensely.