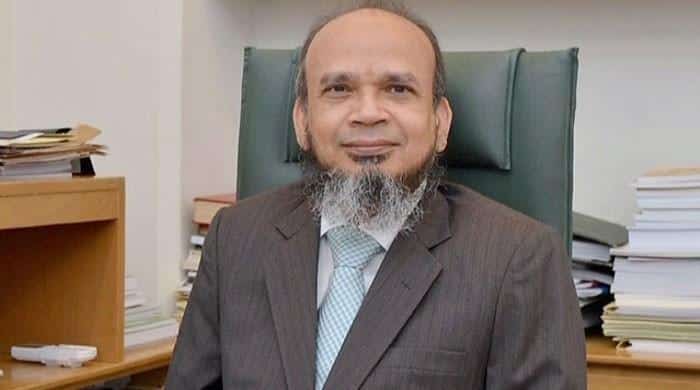 Sources in SBP said that Ashraf Mehmood Wathra’s 3 year service term was completed on April 28, 2017. Furthermore, Federal Minister Finance Senator Ishaq Dar is not willing to hire him as Governor SBP for next three years.

As per SBP law, any governor can serve 2 terms consecutively and Ashraf Mehmood Wathra technically was eligible to serve the 2nd term as well.

Ashraf Mehmood Wathra’s period at SBP has come to be known as one which maintained a low interest rate regime in Pakistan. After his joining in April 2014, the policy rate was at 10 pc, which was further brought down to as low as 5.75 pc during his stint as Governor SBP.

Riaz Riazuddin will work as acting governor SBP for 3 months or till the time the government appoints a full-time Governor SBP.

It should be mentioned that the Governor SBP’s position is a constitutionally protected post. Once someone has been appointed and notified in the position, only the Prime Minister has the authority to remove them from their office.

Riaz Riazuddin, the acting governor, is an academician and carrier officer of SBP. Riazuddin brings around 20 years of central banking experience to his new position as acting Governor SBP. Before joining SBP in 1994, he served at Applied Economics Research Centre (AERC), and University of Karachi as Assistant Professor/Research Economist.