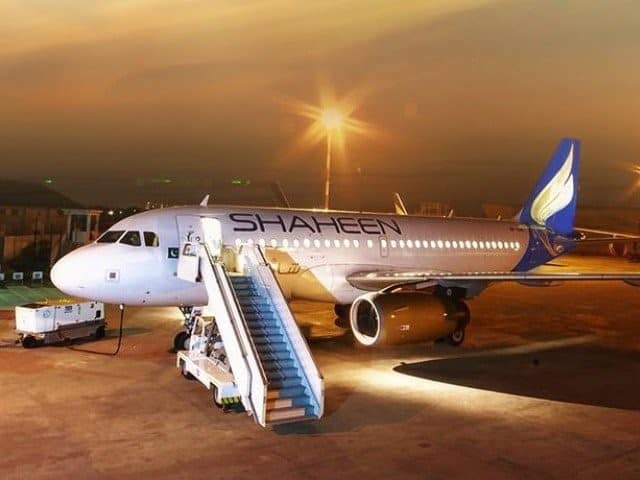 According to a statement released by Shaheen Air International (SAI) yesterday, the airline has recently drafted a fourth new A319 airplane, a short-to-medium range aircraft, in its already growing fleet.

The statement said that this move was in  keeping with its goal to continue the expansion of their operations in domestic and international routes, given its status as Pakistan’s largest private airline.

And this is just one. Through the rest of the year the airline company hopes to add more A319 planes, three to be exact, in its fleet. The aircraft is enough to carry around 150 people.

Zohaib Hassan, the Chief Marketing Officer of SAI, remarked that

“The addition of fourth Airbus to our fleet is a testament to our commitment to the passengers and the local aviation industry. Fleet expansion allows us to grow internationally by way of new routes while also increasing the frequency of local flights.”

It has been twenty-four years since SAI started operating in the country and it was the first private airline of Pakistan.

This news has come a few days after the airline was embroiled in a dispute with the Civil Aviation Authority (CAA) on the issue of licence renewal and payment of some dues.

On this matter, too, the company released a statement clearly stating that the Sindh High Court (SHC) had dismissed the directives of the CAA which said the airline would have to submit new documents in order to renew its licence.

“SHC has specifically suspended the requirement of applying for fresh RPT [Regular Public Transport] licence … SAI was issued the licence 26 years ago,” the company said in a press statement. “SHC has ruled in favour of SAI.

Furthermore, just last week, the aviation authority had issued a warning to the airline company that it would no longer allow the company to operate if, after the passage of 45 days, SAI did not submit the required relevant documents for renewal of its pending RPT licence.

The Sindh High Court intervened with a suspension order on the directives/warning of the CAA after the company filed a petition in the court.