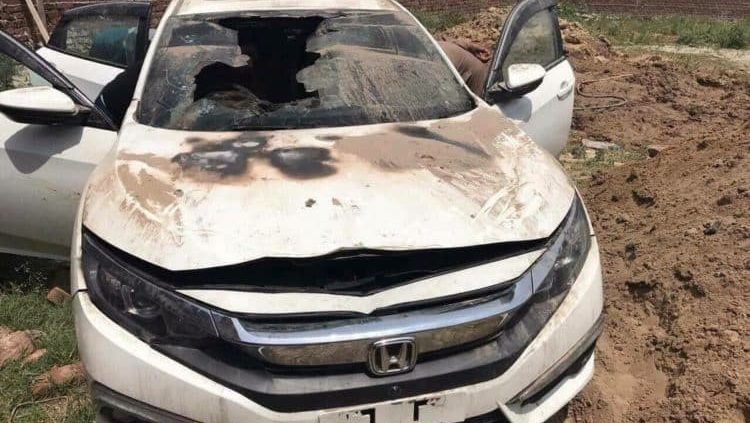 The build quality issues in locally manufactured cars, especially from Honda, Suzuki and Toyota, are not unknown for most of the public. We have already seen below standard build quality of the new Honda Civic and Toyota Corolla models. Fuel contamination, illiterate mechanics and cloned car parts are also commonly known facts which result in car malfunctions and accidents.

During the past five days, five cars have caught fire. According to reports, each day a car catches fire while new cars feature similar burn patterns. Most of these occurrences have been reported with new cars while most accidents have taken place around Lahore.

In the images and videos linked below, you can take a look at the cars which caught fire during the past five days:

As you can see the incidents include the latest models from Toyota and Civic as well, both of which have been the best-sellers for the respective companies.

Both, the relevant government departments and the car manufacturers are mum on the matter. Considering the loss of property and risk to valuable lives, the incidents should have immediately have rung bells in their ears.

Instead, Honda has reportedly blamed cheap HID lights as the cause of the fire, claiming it was a short circuit in the lights which led to the fire in the battery and the engine. Thinking realistically, all cars are manufactured while maintaining certain electrical safety standards and such short circuits should not even be possible. And in case something like this happens, it is the responsibility of the car manufacturer to pay property damage fees to the car owners.

However, it has been reported that Honda has refused to resolve the issue under standard warranty claims and is requesting Rs. 1.9 million as repair charge for one of the above cars.

There has been no word from Toyota on the matter.

The manner in which these cars caught fire is eerily suspicious. Something similar was seen in some other countries as well. Mercedes-Benz, Vauxhall and Ford’s latest models had some issues which resulted in the cars catching fire. The companies investigated the matter and immediately recalled all vehicles, putting customer safety as their top priority.

Toyota and Honda recalled millions of vehicles in 2015 and 2016. Vitz, Corolla, Camry, RAV4, Civic and many other models were taken back by the manufacturers over fears of catching fire. As seen in the pictures above and according to several other reports, Corolla and Civic are amongst the vehicles catching fire. Experts speculate that it’s possible that the same issues are surfacing amongst the Pakistani models of these cars.

On the other hand, the issue could not be related to the car manufacturers, at least not entirely. It could be any other factor, which needs to be investigated.

Both, the government and the car makers need to seriously look into the matter before precious lives are lost and the cause of these odd fires needs to be investigated and reported to the public.

We have already seen carelessness from local car manufacturers who have no concern for customers and thanks to the government’s lack of initiative in creating a body to monitor and test these vehicles, they can continue on without the fear of any consequences. The public is hopeful that new car manufacturers will force the current Japanese trio into improving their standards and putting customer satisfaction above everything else.