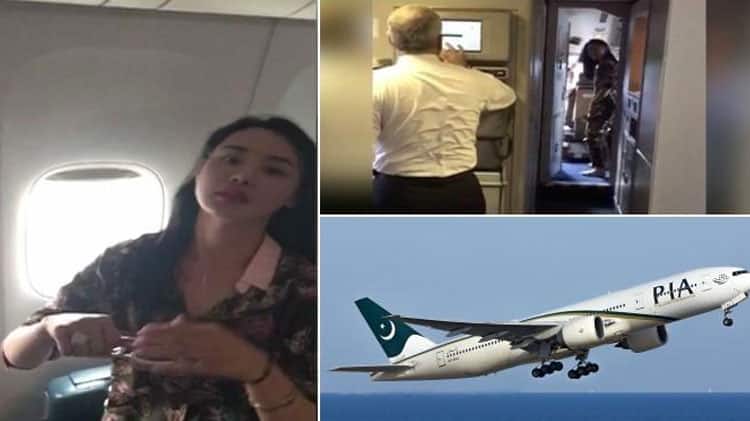 Just recently we heard of a PIA pilot who was caught sleeping during a flight. The gentleman admitted that he was sleeping but refused to admit that it was a mistake on his part.

Now another PIA pilot, Captain Shahzad Aziz, has gone even further and invited a Chinese lady into the cockpit during an airborne flight, a move that violates standard flight protocol.

During PIA’s flight PK-853, which was headed from Tokyo to Beijing, the on-duty pilot invited a Chinese lady into the cockpit and gave her a tour of the restricted area of the plane. All of this was recorded on video by another passenger on the flight.

The lady was in the cockpit area for around 30 minutes, while the crew was asked to leave the area during that period, putting the lives of all the passengers at risk. Some reports suggest that the lady was alone with the pilot and the first officer for over 2 hours.

The video has just been released onto the social media and gives the complete detail of what went on during flight PK-853.

Take a look at the video below:

PIA officials have confirmed that an inquiry will be launched against the pilot and anyone else involved in the incident.