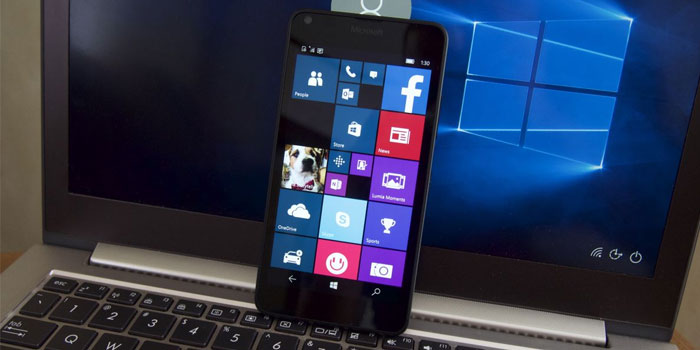 Although the number Windows 10 users is on the rise, it is still a long way off the 1 billion mark set by Microsoft.

CEO of Microsoft, Satya Nadella, announced at the build conference today that the operating system’s users have increased from 400 million in September last year to 500 million. This is another step forward for Microsoft’s strategy to to unite all its platforms under Windows 10.

This is a significant improvement and bodes well for the company, however, this growth rate is still slower than before when Microsoft was offering free upgrades to Windows 10 for Windows 7 and 8.1 users.

Compared with all the other Windows released so far, Windows 10 remains the fastest growing release of all time. The free upgrade was why everyone jumped on the Windows 10 train. It was a limited time offer, ending “officially” on August 2016. Unofficially though, the latest Windows 10 Creators Update can still be installed using a valid Windows 7 or 8.1 key.

Microsoft attributes this increase in sales to “strong pickup” by businesses, citing it as a major reason for the progress it has made so far. Corporate inertia is still slowing the adoption rate which was high in the early days of the OS’s release.

It is evident, though, that the company had foreseen this deceleration in the growth rate. Its original projection and plan was that the Windows 10 OS would have at least a billion installations by the end of 2018, but looking at the progress so far, Microsoft has revised this plan to some time after 2018.

The mobile side of Windows 10 is dead (and buried) to say the least. Even now if Microsoft were to release new mobile devices, it wouldn’t change anything. The app ecosystem and the OS is still in a state of limbo. Windows 10 Mobile is still getting updated with new features and bug fixes, leading many to believe that Microsoft might still have something to show us in the future.

If the company finds a way to increase installations of Windows 10 (through an enticing update with new features for example) then it could reach its revised target. Going by the numbers Microsoft is roughly on course for its revised goal of 1 billion Windows 10 devices post 2018.