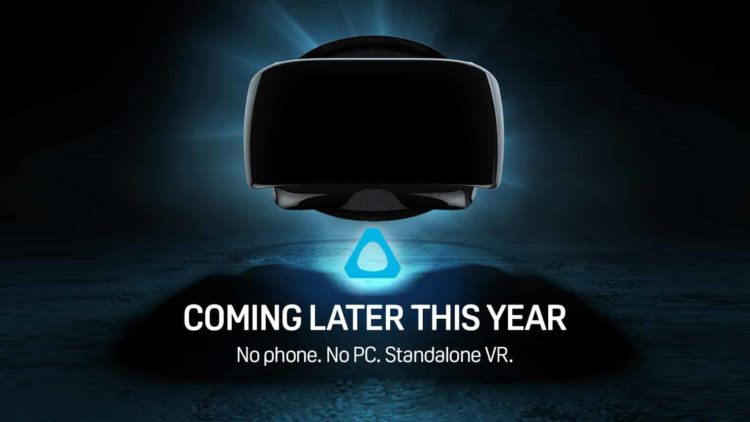 At the Google I/O, virtual reality is ready to take one of its biggest leaps ever. With Google opening the Daydream platform paving the way for standalone headsets, we finally have solutions which don’t require a complementary device to work.

The first of these solutions comes from HTC, which is releasing a special standalone version of its Vive VR headset. The headset likely uses the Qualcomm Snapdragon 835 VR platform which was announced earlier this month.

Can Work on Its Own

It takes away the need for a phone or PC to be connected with the headset, unlike the ordinary VR headset which needs to be connected to a PC. As a result, it provides a compromise and clutter-free alternative to every other option in the market. Tango-based tracking will be available to track environments for developers.

The headset itself contains all the necessary sensors, including built-in gyroscope and cameras which should enhance the experience due to their single-purpose, specialized nature. There’s also a battery to power the device as well as straps to fit the headset to your liking.

Vive supports Daydream’s WorldSense inside-out tracking. It can not only recognize your face’s rotation, but also the depth and other movement parameters for an even more immersive experience, or the so called ‘6 degrees of freedom’. It works by mapping the environment within which the user is located, using the various built-in sensors and cameras.

The rest of the specifications haven’t been shared by HTC yet. We don’t know the screen resolution yet, nor do we know much about the battery life or the price.

Google has also partnered with Lenovo to bring such headsets to the market by year-end. With these new announcements, virtual reality might finally have what it takes to go mainstream.  Watch this space for any more developments on this device for the future.