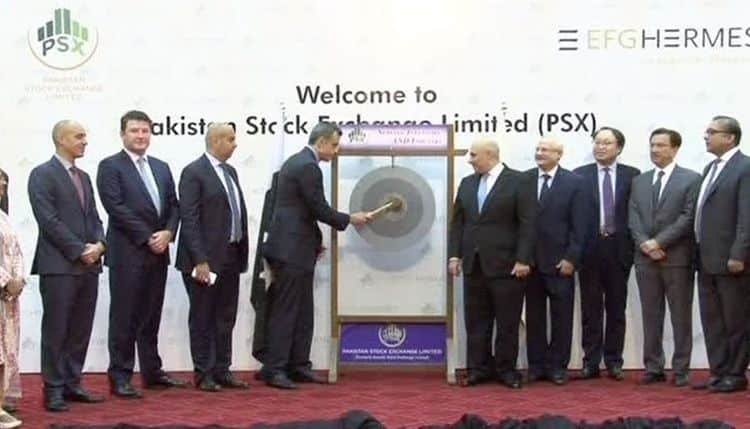 Egyptian investment firm EFG-Hermes formally became part of the Pakistan Stock Exchange as a broker on Monday. It is for the first time in nine years that a foreign brokerage house has begun its operations in Pakistan.

EFG-Hermes is an investment bank operating in the Middle East and the North African (MENA) region. It has now opened its first office in Pakistan.

The bank has acquired 10.2 million shares of IFSL at Rs 15 per share, translating to a sum of $1.5 million.

At the start of trading, a ceremony was held to welcome the foreign firm to the Pakistani market. While talking to the media, EFG-Hermes Group CEO, Karim Awad, said,

“We are very proud to be in Pakistan. This is a market full of potential. We believe we can play a good role in bringing foreign inflows from western institutions and GCC countries to Pakistan’s stock market, as well as hopefully bring new IPOs [Initial Public Offerings] from local companies.”

He added that his bank was operating in nine major countries of the MENA region including UAE, Qatar, Saudi Arabia and Oman.

PSX Managing Director, Nadeem Naqvi, added that the MSCI’s inclusion of PSX in the Emerging Markets Index will lead to greater business activity in Pakistan. It is expected to bring an inflow of millions of dollars this year.

Previously, JP Morgan – a US bank – suspended operations in Pakistan nine years ago. The bank still holds its PSX membership but has remained largely dormant throughout these years.