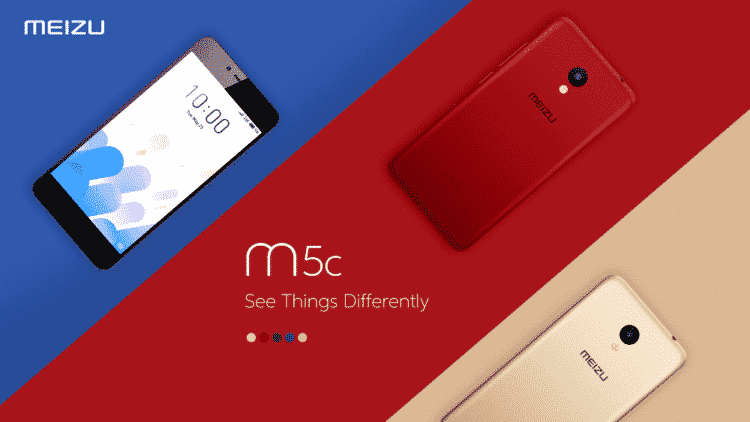 Meizu, one of the biggest smartphone companies out of China have taken the covers off another low-end phone. The M5c will be launched in the coming few months but the pricing details are not known.

The design of the phone features a metal finish, which will be available in a variety of colors. The display here is a 5-inch 720p HD display on the front, which is about on par with what you’d expect on a low-end phone. The phone has a 8.3mm waistline and weighs 135 grams.

Under the hood, you get a 1.3 GHz quad-core processor with 2 GB RAM and 16 GB of storage. There’s a hybrid dual-SIM and microSD slot for expanding storage by up to 128 GB.
The OS running on the phone is either Android 7.0 Nougat, with Flyme 6 OS. The skin comes with One Mind AI which helps boost performance by optimizing RAM usage.

The front camera comes with a 5 MP lens, which is aided by ArcSoft customizations to take more natural and better-looking photos.

The back camera comes with an 8 MP sensor with f/2.0 and a dual LED flash.

The battery capacity stands at 3000 mAh, which is nice to see despite the alluring aesthetics of the phone.

The pricing of the phone is not known as of now, but it should be on the lower-end of the market judging by the specs.