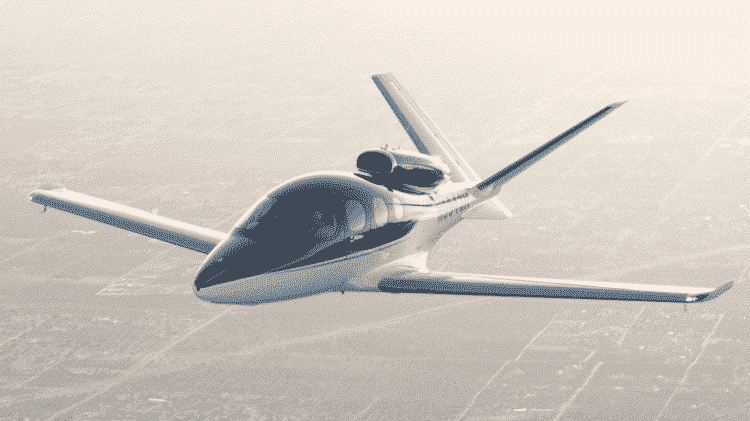 Private jets come in all shapes and sizes (and cost an arm and a leg). A new class in private jets, called the “Very-Light-Jets” are all the rage nowadays, at least with the elite class who are the target demographic for these type of aircraft.

These jets cost a fortune. But that hasn’t deterred certain manufacturers from bringing down costs of their planes. And now we might have the most cheapest ever private jet ever.

The new Cirrus Vision Jet is the latest entry into the market. At a cost of $1.96 million, the Cirrus Vision is the cheapest private jet available today. It is about half the price of its closest competitor.

According to Cirrus’ vice president of marketing and communications, Ben Kowalski, Cirrus Vision has been the product of 10 years of R&D. The first production model of the jet took its maiden flight in May last year.

After getting certified from the Federal Aviation Administration, the company is upping the production and jet delivery. Ben says that the Cirrus Vision is aimed at private owners and regional commercial air services.

Lets take a look at the jet and see how it compares with others.

Part of the very-light-jet market, its biggest competitors are the HondaJet and Embraer Phenom 100.

The Cirrus Vision is different from run-of-the-mill jets in several aspects. For starters, it features a v-tail rudder instead of a regular one used in most airplanes. It i also the first of its kind to come with a single engine: a Williams International FJ33-5A turbofan which is capable of producing 1,800 pounds of thrust.

Here are some interesting statistics about the cheapest ever private jet.

The cabin is 4.1 ft tall and 5.1 ft wide. It can fit 5 adults and 2 children in the Cirrus Vision (including the pilot and co-pilot).

There is a USB charging port available on every seat, in addition to an in-flight entertainment system and mood lighting.

Thanks to the carbon fiber fuselage, the jet can accommodate large windows and a panoramic windshield in the cockpit.

The cockpit itself is state of the art with touch screen displays and Garmin’s Perspective Touch avionics, automating most of the flight controls.

For safety features, the Cirrus Vision has an envelope protection system, which prevents the pilot from putting the plane in any kind of danger. This allows it to be operated by a single pilot as well. Cirrus has also included their parachute system (used in their other planes as well) for this jet.

The company is expecting the Cirrus Vision to be its most popular product. Cirrus has taken 600 orders for the Vision with a total value higher than $1 billion. Only 40 of these aircrafts will be built during the first year. Production will be ramped up to 100+ and stabilized from the next year.