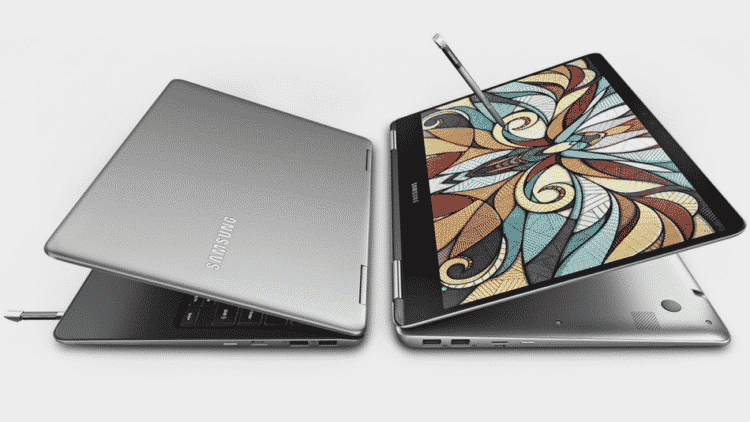 With Microsoft placing ­more emphasis on stylus usage in recent times through Windows Ink, Samsung is using its own prowess through the S Pen to get a competitive edge over others. The company has rolled out its new Notebook 9 Pro to compete with Microsoft.

The Samsung Notebook 9 Pro looks like a fairly decent machine with a 360-degree hinge allowing for a bunch of modes, but the headline will be the S Pen itself. While we’ve seen it on a bunch of devices now, this is the first time that Samsung is bringing it to a laptop.

Allowing up to 4000 levels of sensitivity and recognizing tilt for better shading, the Notebook 9 Pro comes with a slot at the base for the stylus. It supports Air Commands for inputs while hovering your hand above it as well as all the features you expect in both the Note series and from Windows Ink platform.

The display itself comes in 1080p Full HD (1080 x 1920) resolution, with an LED panel with a viewing angle of 178-degrees. As mentioned earlier, the display can be folded all the way back into a bulky tablet mode, or into tent and stand modes.

The Notebook 9 Pro comes with Windows 10 Home pre-installed. Samsung’s still mum on the pricing and availability front, but watch this space for further developments on both Samsung and all things Computex.