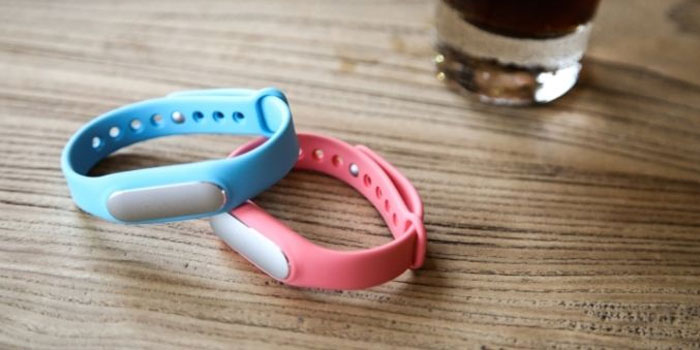 Fitbit, often touted as the biggest wearable maker in the world has been finally beaten. Xiaomi has emerged as the winner, beating out Apple and Fitbit in Q1 2017.

This is the first time Fitbit has ever been beaten, holding the crown for nearly every quarter thus far.

The latest figures, released by IDC, show that all 5 of the top wearable sellers managed to ship a million units (with the exception of Samsung, shipping 0.7 million units). 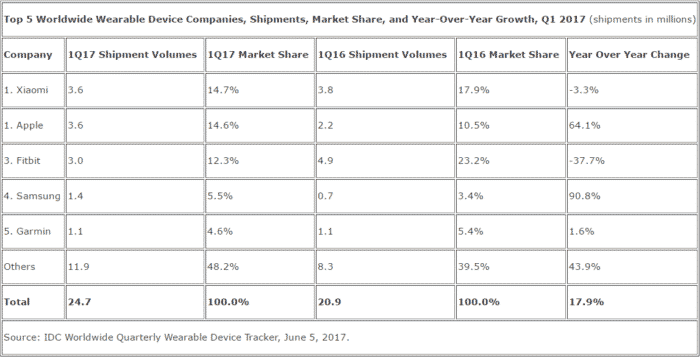 As evident from the image above, both Xiaomi and Fitbit had their market share decrease from Q1 2016 to Q1 2017.

Fitbit’s decline is due to the fact that the company is limited to US only, the market in America is close to saturation which accounts for the decline in sales.

How Xiaomi Maintained Its Position

Fitbit finds itself in the midst of a transformation as user tastes evolve from fitness bands to watches and other products. This allowed Xiaomi to throttle up on its inexpensive devices within the China market and for Apple to leverage its position as the leading smartwatch provider worldwide. Now that Xiaomi and Apple have supplanted Fitbit, the next question is whether they will be able to maintain their position.

He argues that despite Fitbit losing the lead, the company still has a strong chance of making a recovery. With its 50 million user base and a strong market presence (especially in the digital health category) it could easily expand into other markets.

For now Xiaomi enjoys the lead until Fitbit decides to move abroad or Apple introduces a more enticing smartwatch.