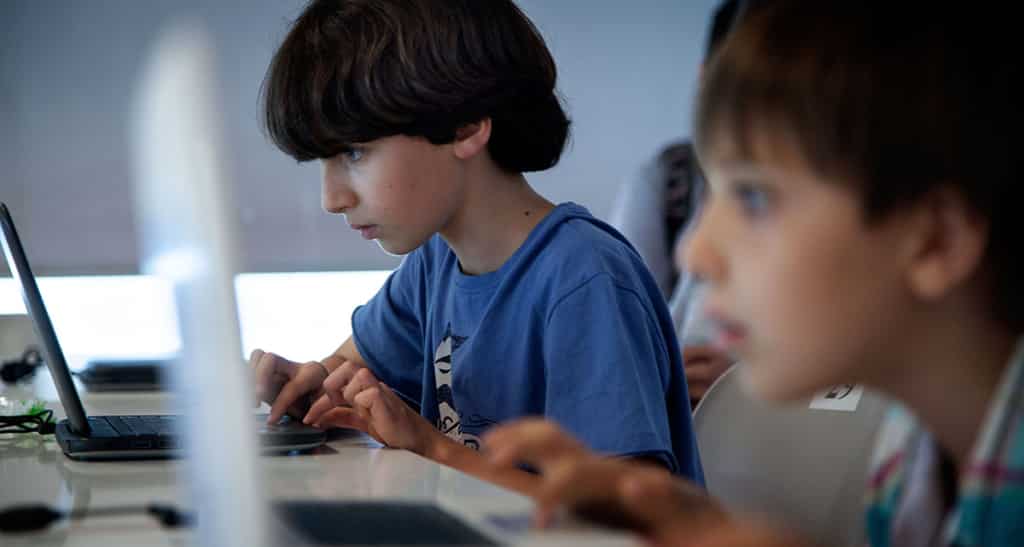 Computers are everywhere, from the teacher’s desk to the doctor’s operation theater, from the glass brick (read smartphones) in your hand to the machinery operating a plane in the air. And the only way to know how to directly communicate with a computer or make a computer do what you want it to do? By learning how to code!

Learning to code, however, isn’t really an easy task. Unless you have an interest in puzzles and algorithms, beginners can have a really hard time getting the hang of it. This is why it is considered better to teach programming from a very young age. During the past few years, there has been a significant emphasis on the importance of programming knowledge for kids from a very young age, with people like Bill Gates, Mark Zuckerberg, putting their weight behind this movement.

“Everybody in this country should learn to program a computer, because it teaches you how to think” – Steve Jobs

Unfortunately, most schools in Pakistan still don’t give computer programming the importance it deserves. But that’s no excuse for not getting into programming from an early age when there are so many amazing resources out there.

Here, we’ll list some of the best child-friendly tools that you can use to teach your kids the basics of programming:

Scratch is an easy-to-learn programming language with its very own online community. You can program your own interactive stories, games, and animations, and then share your creations with the rest of the community. Currently, Scratch has over 23 million projects. 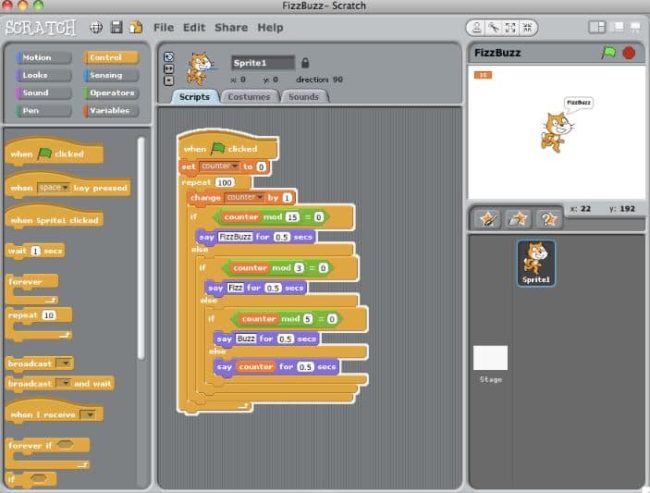 A product of the Lifelong Kindergarten Group at the MIT Media Lab, Scratch is available for anyone to use free of charge. It is available online as well as in the form of an offline app for PC. If you want to use it on Android or iOS, you can download an unofficial version for Android and iOS from here.

Hopscotch is available only as an app for iPhone and iPad. A simple to use tool designed to be used by kids aged 9-13, Hopscotch can be used to create mini-games, beautiful drawings, colorful patterns, drawing tools, and even mini-websites. You can also play, download, or alter, millions of games made by other users of the app.

Do you want to give your kid a glimpse into the world of object-oriented programming? Alice is a great tool to achieve that while creating amazing animations, interactive videos, or simple games, that can be shared on the web. 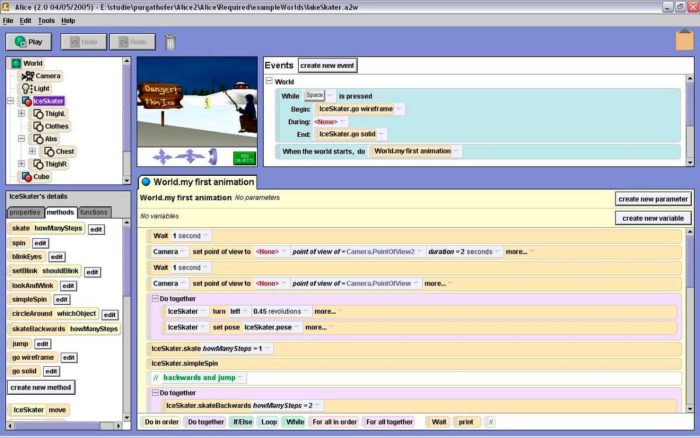 A visual programming language, Waterbear tries to make programming fun and accessible. Like Scratch, it teaches you the basic concepts of programming without the distraction of learning a syntax to start programming. 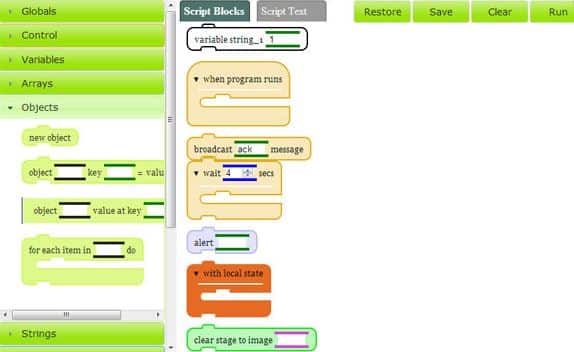 Waterbear is available as a web tool and will work fine on a computer or even your smartphone’s browser.

eToys is an educational tool whose aim is to teach children using a media-rich environment and a visual programming approach. 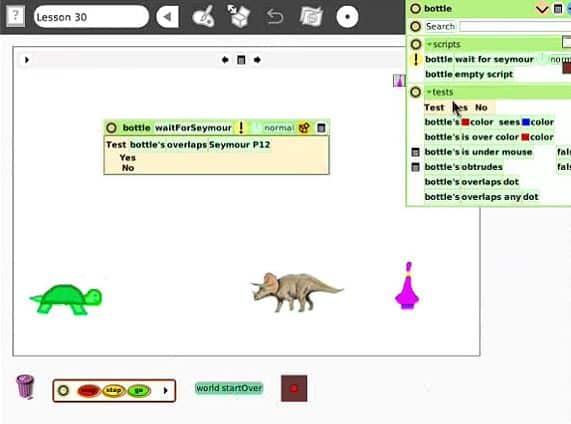 It is also object-oriented and can run on a number of different platforms.

RoboMind uses a new robot programming language, ‘ROBO’, to teach students about logic, computer science and robotics. ROBO is said to be a concise language with a small set of rules which require no foreknowledge, making it easy for beginners while still leaving plenty of room to make interesting programs. 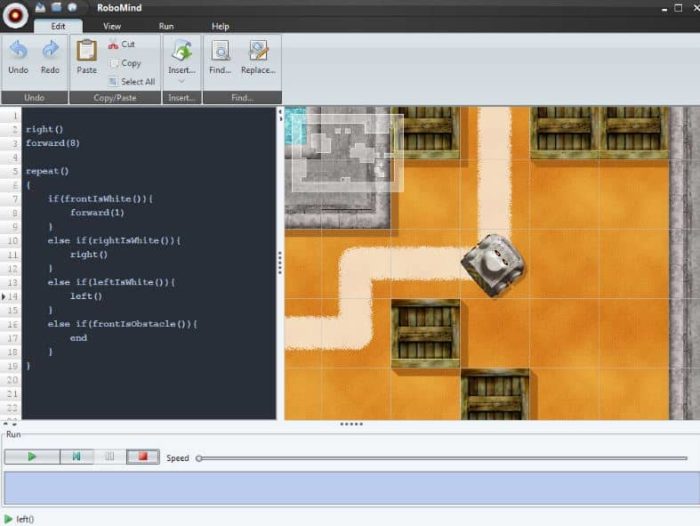 Tynker is a complete learning system. It starts kids off by letting them experimenting with visual blocks and then progressing to more complex programming concepts using JavaScript and Python. 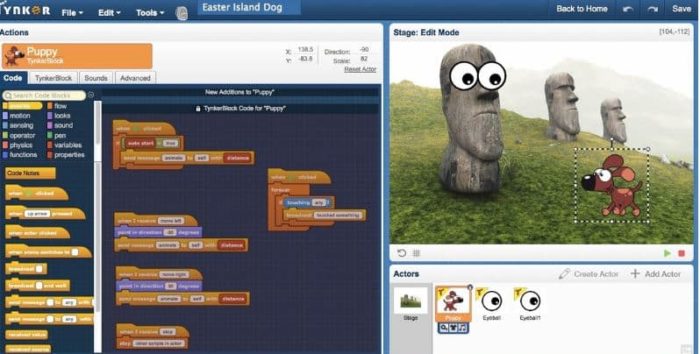 Tynker has a global community of over 50 million kids and is taught in over 60,000 schools. Tynker can be used to create amazing games as well as creating mods and skins for Minecraft, a popular sandbox video game.

Specifically designed for kids aged 5 years or above, Kodable is one of the most basic learning tools for programming languages. It teaches kids by letting them play fun little games through special instructions which embody the basic principles of programming. It also has three different levels; K-2nd grade, 3rd – 5th grade and 6th – 12th grade.

Another visual-based programming tool, Stencyl lets anyone create games for mobile, web, as well as a desktop without doing any coding. Once you’ve mastered the basics, you can create/share your own code blocks, extending the engine by using code, importing libraries or even writing your own custom classes.