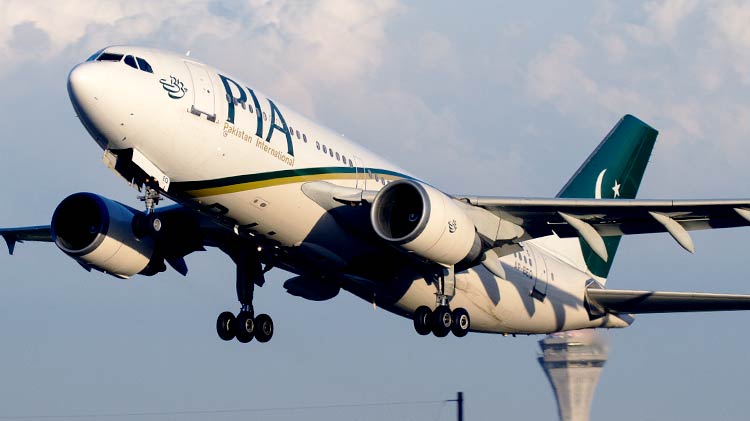 It seems that Pakistan International Airlines (PIA) pilots make it a habit to break safety laws during flying their planes.

Recently a senior pilot from PIA and Chief of Flight Operations Captain Saeed Ahmed was found flying for an extended time, a clear violation of Civil Aviation Authority (CAA) laws. CAA issued a show cause notice to Saeed Ahmed to explain his position.

According to the details Captain Saeed Ahmed was in charge of flight PK 747 and PK 748 sector Lahore- Medina- Lahore. But during the flight, Saeed Ahmed overlooked the flight duty time and continued to operate the aircraft. This incident happened on June 1, 2017.

It is worth mentioning here that Captain Saeed Ahmed is a senior pilot and also the Chief of Flight Operations. He is responsible for implementing safety standards during flight operations.

A source from CAA said that a person who is posted on such a sensitive and critical job himself should not be violating safety rules. It is a very serious crime.

Civil Aviation Authorities worldwide follow the rules to the letter, especially those that concern the rest and fatigue levels of the cockpit crew. Most of aviation accidents / air crashes are caused by overlooking cockpit crew rest and stress conditions.

In the case of the Airblue Margala hills crash, it was observed in the report that the pilot was not properly rested and under fatigue therefore he was not able to control aircraft. 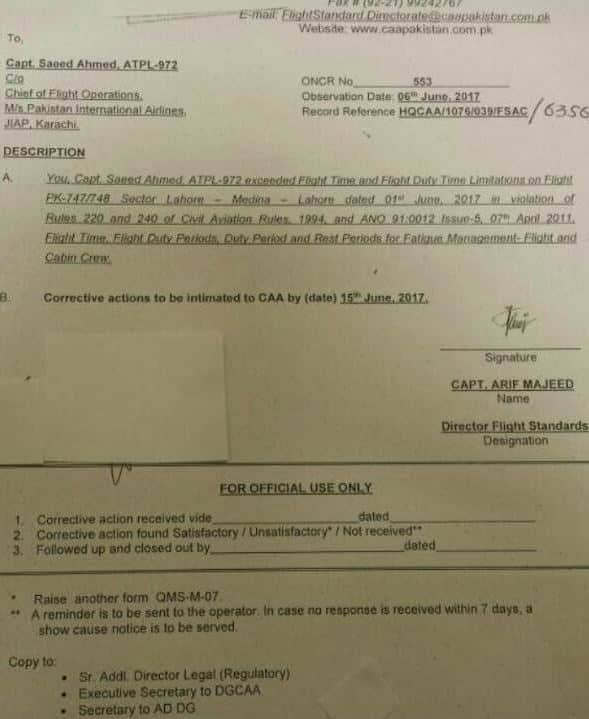