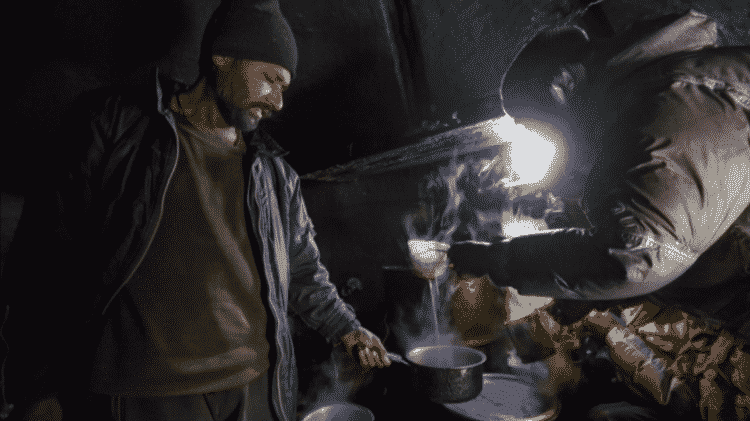 Cory Richards is an adventure photographer for the National Geographic channel. Viewers tune in to his program to hear how Cory has flirted with danger and excitement as he goes on some of the most dangerous places on Earth, documenting his experiences in vivid detail.

Recently he decided to travel to the Siachen Glacier for an assignment. The Siachen Glacier is considered the highest-ever battlefield in modern times, where Pakistani and Indian soldiers periodically face off. Siachen features some of the most harshest temperatures on Earth, with the mercury hitting as low as -40 °C some days.

Here’s what happened during the rather tough yet rewarding assignment for this one American adventure photographer.

On his visit to Pakistan in 2010-2011, Cory climbed Gasherbrum-II, an 8,000 metre peak on the Pakistan-India border at the Siachen glacier. 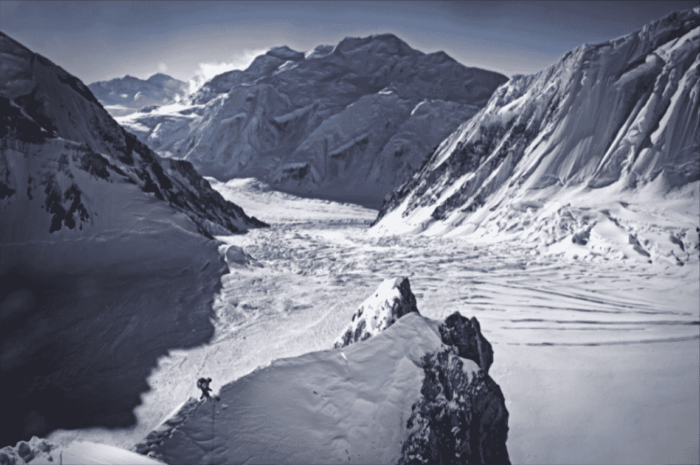 He managed to get to the top safely and even snapped a photo at the peak but it didn’t go so well on the way down. 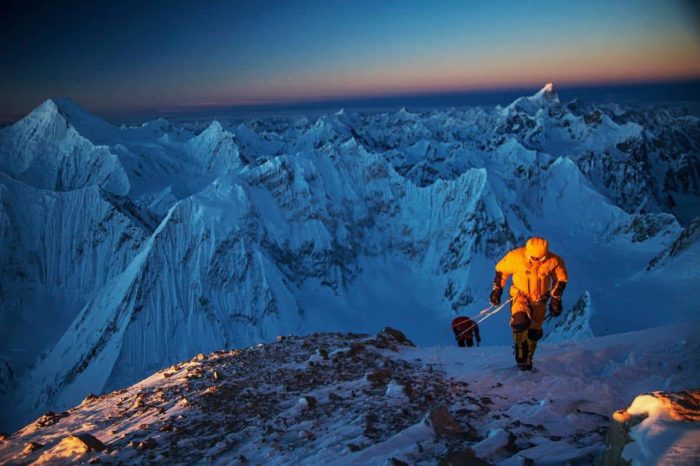 “As it started to snow more and more, I heard a crack above me, and then what sounded like a freight train. I yelled ‘Avalanche!’ but you can imagine what it was like trying to run in snow halfway up our thighs,” recounts Cory. 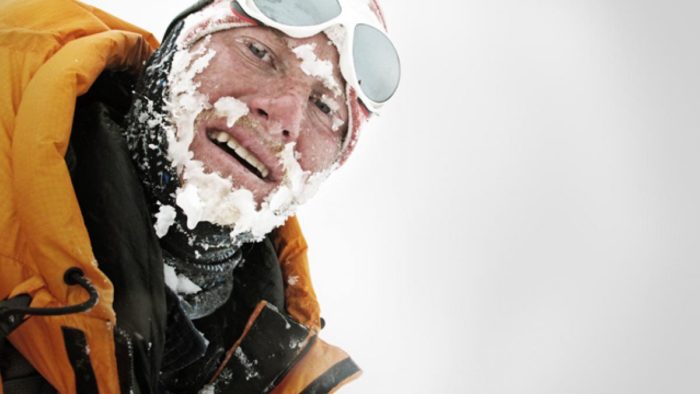 The avalanche left him mentally scarred but otherwise all in one piece. Not everything went bad on his trip to Pakistan however.

Cory recounts making friends with Pakistan Army at the Gasherbrum-II base camp. He describes how he originally intended to take pictures for the sake of a story for National Geographic. When he met the Pakistani soldiers, he recalls how they wanted to use internet (which Cory and his team had) for watching movies and checking Facebook. They instantly hit it off from there.

Cory observed how most of the soldiers posted there were as young as 18-24 years old. 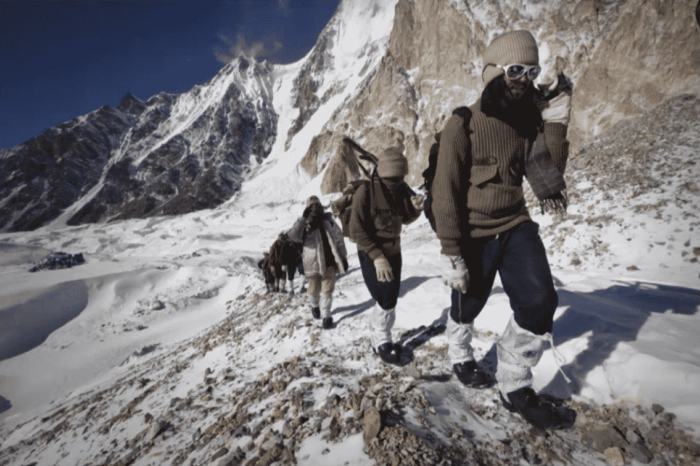 Pak Army at Gasherbrum-II base camp

“I now have hundreds of friends named Mohammed, Farouk, and Ahmed, and I’m on the TSA watch list…but it’s okay, it happens.” 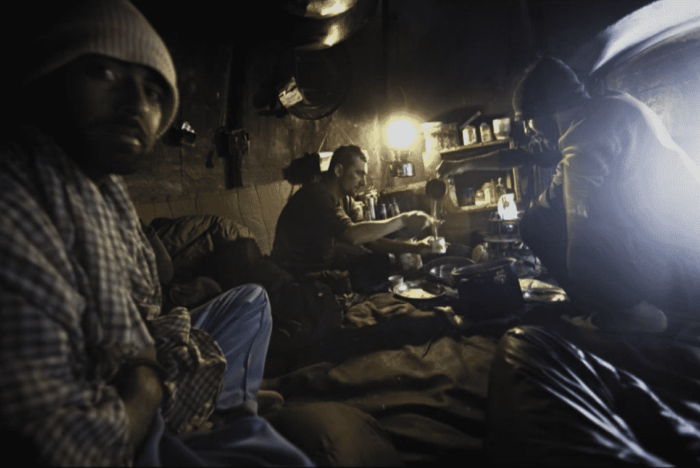 Cory also saw some of the challenges that these soldiers faced up in Siachen. For instance, he found out quickly that drying your clothes on a clothesline in winter is not that simple. The soldiers at Siachen have to manage that at -40 degrees Celsius!

Here’s a picture that Cory took of a Pakistani soldier with his fabulous purple tracksuit: 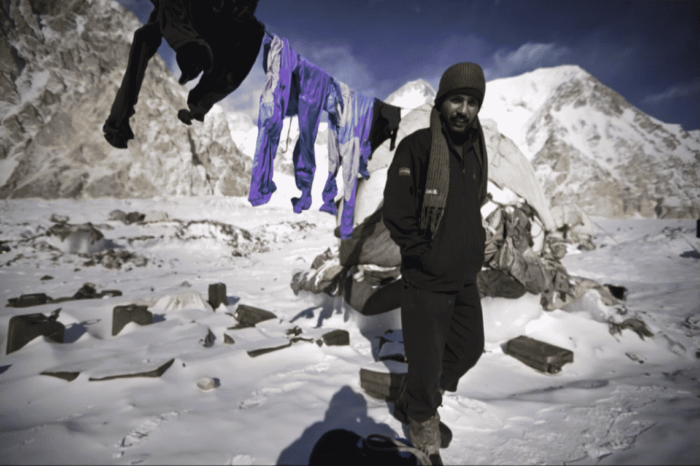 Its things like this that make you instantly relatable to someone. Even though Cory had a different impression of Pakistan and the border tensions with India before visiting Siachen, the whole assignment and experience changed his point of view. 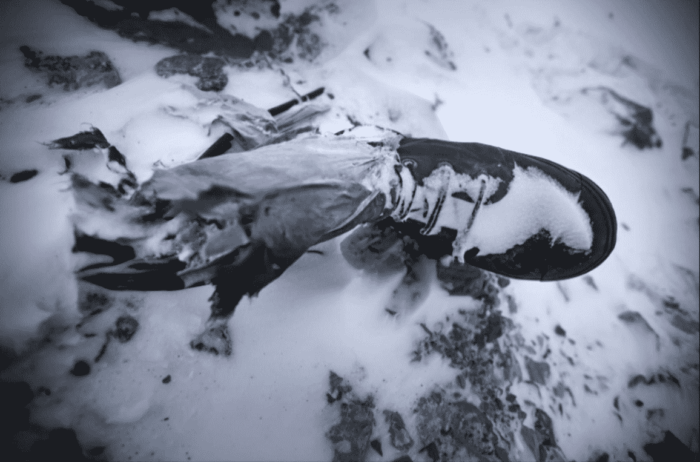 A soldier’s foot frozen in the ice at Siachen

At the same time it reminds us that these brave guys patrolling the border, keeping our country safe could be someone’s son, someone’s nephew or grandson. Their struggle is something we should not forget about. We should always keep in mind the sacrifices made by our soldiers, the lengths they go to. It should serve as a reminder that they are just as human as we are with families waiting for them back home.

Mr. Cory has done a remarkable job capturing the life of a Pakistani soldier in Siachen. If you’re interested, you can check out Mr. Cory’s complete Nat Geo documentary here: