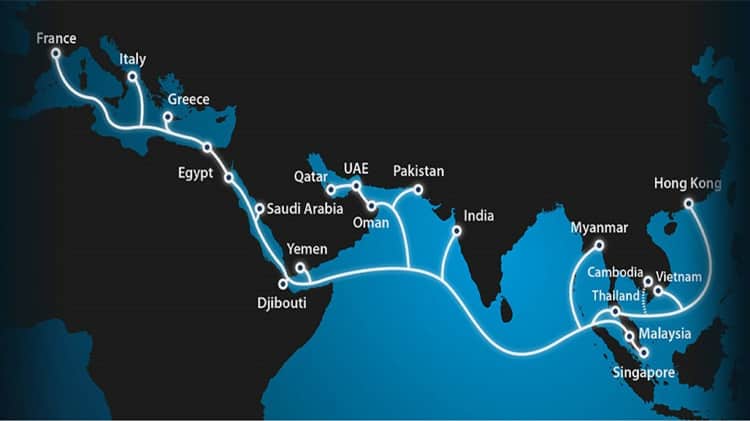 Pakistan is now connected with a new submarine cable system with design capacity of at least 40 Terabits per second across 5 fiber pairs as AAE-1 (also called Asia-Africa-Europe-1) announced the commencement of its operations just moments ago.

AAE-1 is worlds largest submarine cable spanning over 25,000 KMs and is one of the first cable system to connect Hong Kong, Singapore, Middle East with Africa and Europe.

In Pakistan, the cable will be operated and managed by PTCL.

New submarine cable will also help Pakistan meet its bandwidth needs as the internet usage in the country is on the rise.

Following international links with landing points in Pakistan are under construction: