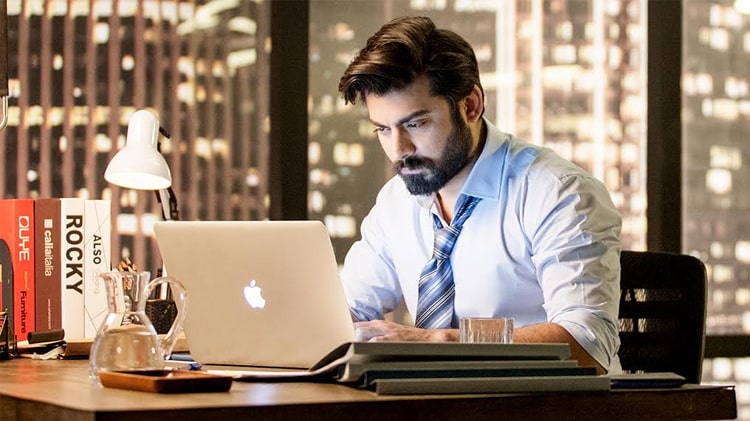 Zameen.com recently teamed up with Fawad Khan, Samina Peerzada, Jamal Shah and Noor Khan for their new TV ad and it has been pulling at Pakistan’s heartstrings.

Fawad Khan, in all his glory, shows us the story of a young man who has been living away from his home and family for five years. He’s been working day and night to earn money abroad. Meanwhile, on the other side of the globe, his sister and parents seem to think about him all the time.

Samina Peerzada could pass for so many mothers I know – including my own. The longing for a child, the constant effort to get two sentences in before they have to run off, we have all experienced this at some point or the other. Jamal Shah as the stoic father is also a character I know many of us will relate to – and Noor Khan as the sibling that has to step in to normalize everything is also us, our friends, and people that we know.

Families that live this far apart know how hard it is to maintain contact. Skype calls, WhatsApp messages, Facebook posts and more, become tools with which they bridge the gaps. There are so many overseas Pakistanis – some living absolutely alone, and others hanging by on hopes that they will be able to return home soon.

So, I wasn’t surprised when I scrolled through the comments to find that so many people could relate to the story that the ad showed. From people who said they missed their family to others that were planning on leaving soon to do the same.

There was a whole bunch of people that couldn’t get over how great the ad was:

Some people saw the ad and thought of their own family members working abroad:

From the viral post, I found several people who took the ad as inspiration:

And then there were people that could relate with Fawad Khan’s character:

For most Pakistanis, their lives are spent trying to build a home for their family. And the ad taps into that perfectly. And as many people on the post are pointing out, it’s about time that our ad industry starts tapping into the real social fabric of Pakistan and giving us more quality ads like this one.

As for me, I’m going to go give my mother a hug.