The Board of directors at Pak Suzuki Motors Company has appointed Masafumi Harano as the new Chief Executive Officer of the company.

Masafumi Harano has been associated with Suzuki Motors Corporation for a long time. He was responsible for Suzuki’s overseas automobile marketing in Southeast Asia and North America, as well as the company’s auto product planning department in Hamamatsu, Japan.

The appointment of the new CEO will bode well for the Pakistan’s highest selling cars brand as the overall automobile industry is witnessing a phase of expansion and growth. The industry also sees a period of high demand of cars along with increasing competition among the local players with the onset of new entrants. 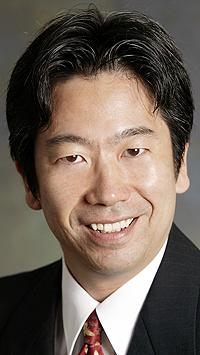 There is a likelihood of a shift​ in policy especially the investment approach and aggressive strategy of the company during the next three to five years in which the demand is expected to increase.

Suzuki is the highest selling brand in Pakistan. It recently introduced new car models including Suzuki Vitara, Suzuki Ciaz and the rebranded Suzuki Celerio launched as Cultus. Suzuki Mehran and Sukuzi Wagon R are in high demand in the local market whereas it has been preferred by the Punjab Government for launching Taxi or Pickup schemes in the province as well.

Pak Suzuki Company Limited (PSMC) has attained a benchmark of Rs. 1 billion quarterly profit in the first quarter of 2017.

The company had planned to invest $460 million on its expansion of productions assembly and relevant operations but the decision is reportedly under pressure due to the government’s unclear regulatory policies and taxation issues.

The new CEO of Pakistan Suzuki Motors Company will replace Hirofumi Nagao, who has been appointed as the Senior Advisory Director in the company. The outgoing CEO will remain on the board of the company as an Executive Director.

Hirofumi Nagao has served the Pakistani market since June 2008. In his period, he experienced various ups and downs in the industry. However, his term as CEO has been considered as good at Pak Suzuki as the company is making profits owing to high demand in the local market.

Moreover, the board also appointed Shigeo Takezawa as a director of the company along with Masafumi Harano. They replaced the two directors naming Tetsuya Fujiko and Minoru Amano.