It is the biggest daily decline in KSE 100 over the past 10 years. Stocks got an emphatic hammering today as the KSE 100 index plunged over 2150 points in intra-day trading over the political uncertainty.

Market Witnesses Greatest Drop in The Past 10 Years

On the day of the JIT final report submission, the KSE 100-share Index gained 2.3 percent (1,051.66 points) to close at 46,273.81 points as the market participants were relieved by news that the apex court had not taken any hasty action and has adjourned the court proceeding till next week.

The market talk suggested that the investors are uncomfortable with the evidence by the JIT to the top court against Prime Minister Nawaz Sharif and his family.

During the day, almost 140+ index names, as well as mid-tier shares, hit the lower lock of 5 per cent as the stock market came under immense selling pressure.

The index tested the day’s high at 46,273.81 points. The day’s low of 44117.17 came towards market close. Overall the volumes were lower than yesterday, 185 million shares were traded. While in KSE 100 index, 104 million shares changed hands with a total worth of nearly Rs 8.24 billion.

Shares of 368 companies were traded. At the end of the day, 24 Stocks closed higher, 334 declined while 10 remained unchanged. 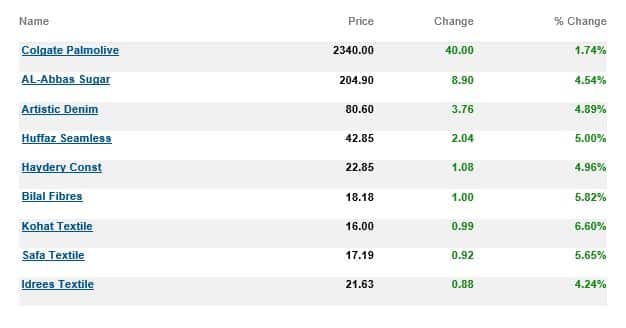 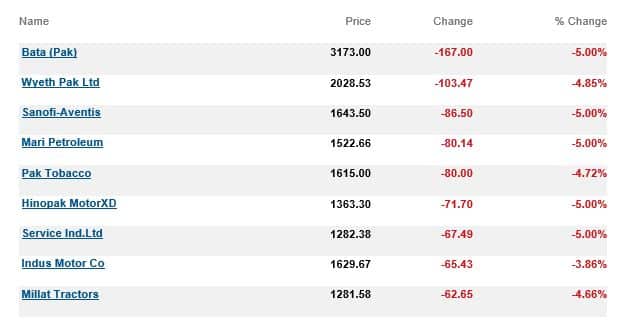