Volatility remains high, ever since the Panama verdict on April 20. The Supreme Court is due to review findings that Sharif was unable to account for the disparity between his wealth and known sources of income, and will convene a hearing on July 17. If the court accepts the charges, it may lead to Sharif’s resignation or removal from power. Whereas most market players agree that the market will head north once the JIT smoke clears up.

The high intraday volatility has already left small individual investors on the sidelines, and there remain the big guns to decide where it goes. Till next Monday, the index should move in a narrow band with high volatility.

Whereas according to Bloomberg, “It’s not turned out that way for Pakistan, the benchmark KSE 100 Index has plunged 10 percent since the start of June, when the nation was elevated from frontier to emerging market. The index soared to a record high in May in the run-up to the change but has since dropped 17 percent.”

Uncertainty created by the political crisis surrounding Prime Minister Nawaz Sharif is seen as a major factor for the rally fizzling out.

Shares of 345 companies were traded. At the end of the day, 145 Stocks closed higher, 183 declined while 17 remained unchanged. 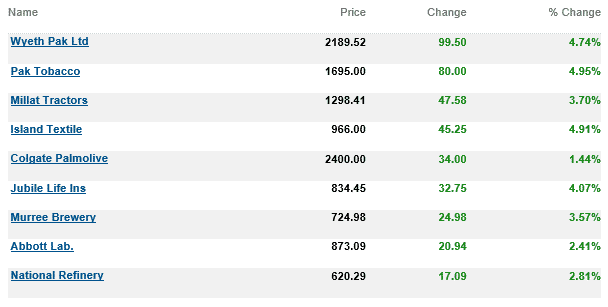 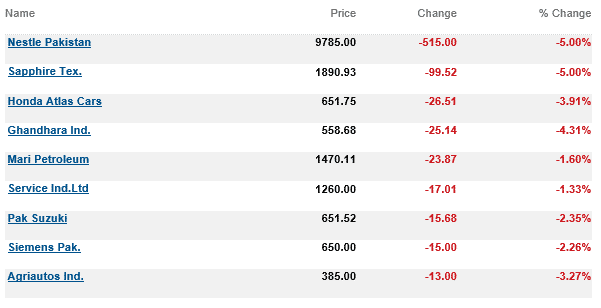 National Clearing Company of Pakistan has enforced capital gains tax (CGT) regime in the range of 7.5 and 20 percent on shares with effect from July 1, in line with the amendment into the Finance Act 2017, a notice said on Wednesday.

The Finance Bill 2017/18 proposed fixed rate of 15 percent for filer and 20 percent for non-filer irrespective of holding period of securities. However, the government reconsidered the proposal and restored the slab-mechanism in the Finance Act 2017. 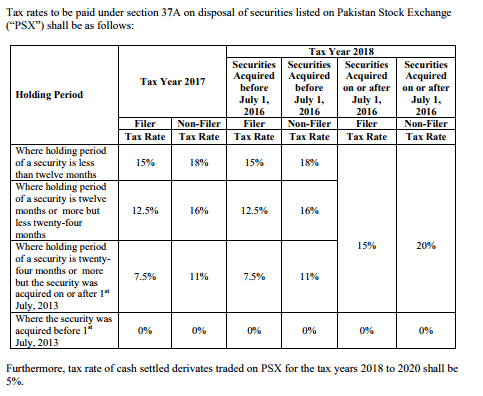