This is probably a statement that you weren’t expecting to hear. But it is true. KFC, yes, the fast food chain, has just launched its first smartphone in collaboration with Huawei.

Going from chicken to Smartphones is a big step, but KFC did it to commemorate 30 years since its launch in China.

Moving on to the phone itself, on the front you have a 5.5-inch screen that comes in at a resolution of only 720p. It’s not the sharpest display around but a lot of budget smartphones do come with a 720p display. You also get a Huawei logo on the bottom of the display. This limited edition smartphone comes in a red casing. On the back you have the finger (lickin’ good) print scanner, an LED flash and the 12MP camera. You also get the Colonel Sanders and Huawei logo. 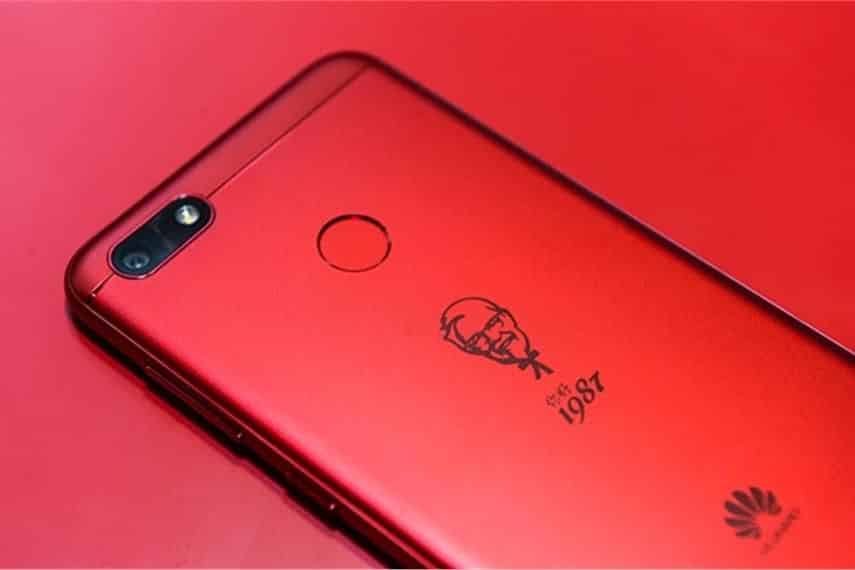 As far as the hardware is concerned on the KFC phone, it comes with an entry level Qualcomm Snapdragon 425 processor and 3GB of RAM.  Both are a good combination on a smart phone of this price and offer more than decent performance.

On the memory side of things, internal storage is capped at 32GB. But you can expand it by up to 128GB via a microSD card. To keep everything powered, there’s a 3,020mAh battery too which should provide decent back up. You also get a pre-installed KFC app and a KFC branded music app which will let you create and share playlists at a KFC restaurant.

As mentioned before, the phone will be sold in limited numbers and only 5,000 will see the light of the day. The phone is China exclusive, so customers in China can purchase the phones through the KFC app. This exclusive phone is priced at 1,099 Yuan or PKR 17,000-/.