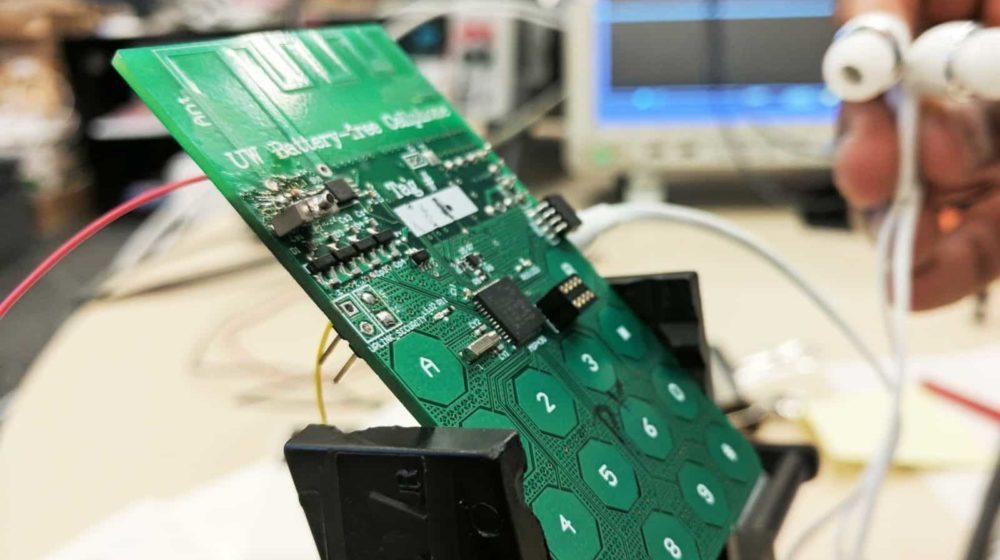 The future is here. We finally have a phone which works without a battery. Unlike traditional phones, this phone will never die on you when you need it the most (at least when a commercial version is available). It sounded like fiction a few years ago but now a team of researchers at the University of Washington has succeeded in building one.

Why Do Cell Phone Batteries Drain So Fast?

When you talk on call, your voice generates sound waves. These waves contain the information in an analog form which the microphone of the phone converts into digital signals. On the receiving end, these digital signals are then again converted to analog signals so that the receiving person can then listen to your voice. This conversion of analog to digital and vice versa takes up a lot of power.

Another reason because of which battery is drained quickly in the Smartphones is that it is used for many operations other than calling and receiving calls. Even if all these operations are removed, the phone still needs a huge battery capacity for to make phone calls.

How Does This New Phone Work?

When sending a message, the user’s voice causes vibrations which are used by the antenna to modify the radio signal emitted by the base station. The base-station then picks up the changes in the signal and sends it to the person on the receiving end.

All the major work is done by the base station, which according to the researchers, is very easy to integrate into the cellular networks.

Even with all these features the phone still needs a 3.5-microwatt power source. Their team of engineers devised two ways of generating energy without the use of a battery. The power can either be drawn from the radio signals in the base station or from a grain-of-rice-sized solar cell on the phone’s circuit board.

At this point, it is a prototype which works by calling on Skype and uses a capacitive keyboard. It can switch between talking and listening modes by pressing a button like in walkie talkies.

A few years ago no one would have believed that we’d ever get a device without battery but now with the first ever wireless charging notebook and now this battery less phone, seems like the future is wireless.