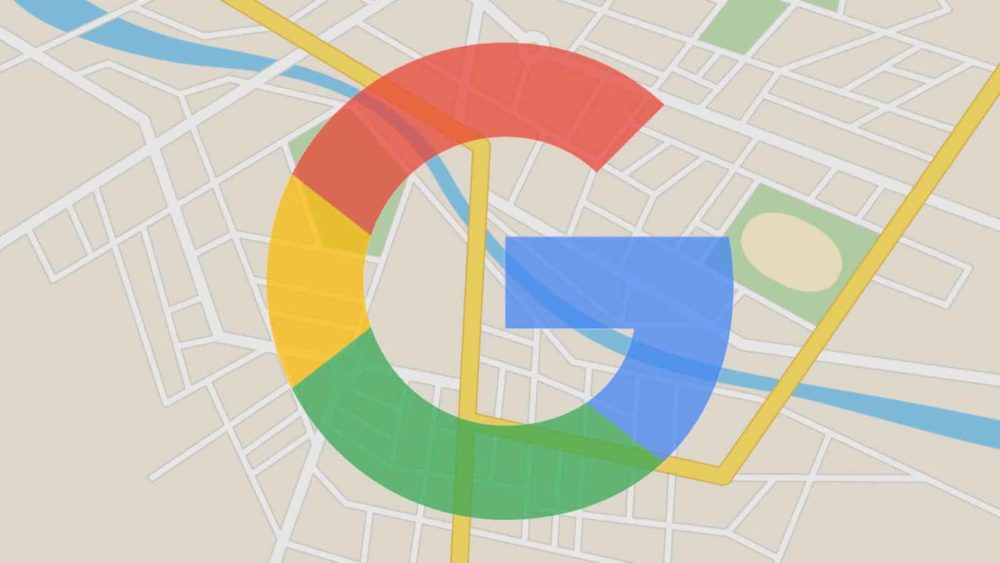 Ever got yourself in a situation where you were simply lost in the middle of a busy area and couldn’t make sense of the directions people were trying to give you? I know I have, and in those times I thank God we live in the 21st century where maps are just a few taps away.

To make our lives even more easy, Google Maps has come up with another feature, and an important one at that.

The app has recently introduced another useful feature in its arsenal, one that helps you save a ton of time.

Here’s how it works.

You select the destination of your choice in Google Maps and press the ‘Directions’ icon at the bottom right. 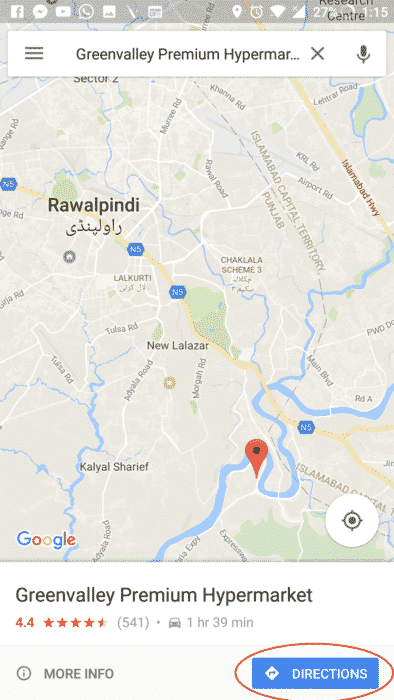 There will be a ‘route info’ button at the bottom left. Tapping that will bring up a menu with multiple scrollable options.

Here’s where you see some new options in Google Maps – specifically with the first set of bars. 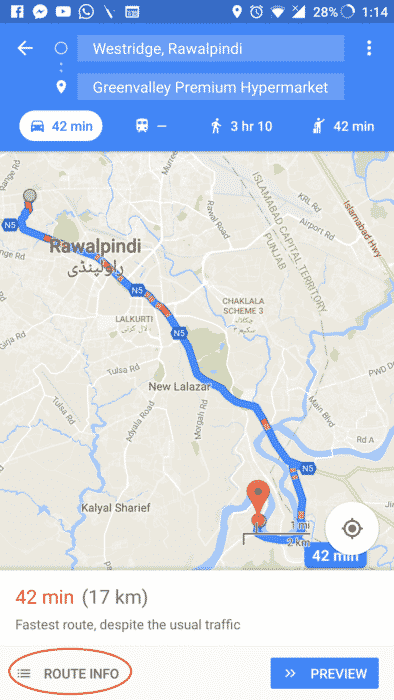 Multiple bars will be visible with one bar being either green, yellow or red. The colored bar shows the time it will take you to reach your destination relative to the previous and next few hours.

A green colored bar indicates that this is the best time to make the trip. A yellow one indicates that although it may be a little congested but it will get even more congested in the coming hours. While the red indicates the worst possible time to go out. It is recommended to avoid this peak traffic hour and wait for an hour or two before embarking on your journey. 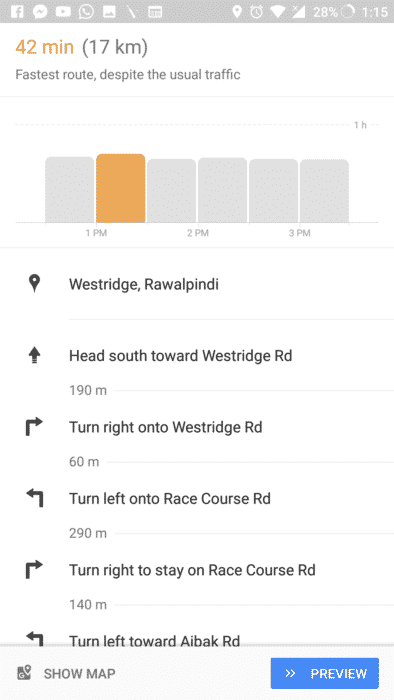 The feature is currently available only on the Android version of the app. iOS users will have to wait a little to make use of this feature.

We take a look at the new feature to see how well it works in Pakistan.

To test this, we used Westridge (Rawalpindi) as our starting point and then selected three different routes in order to gauge traveling times for all of them. 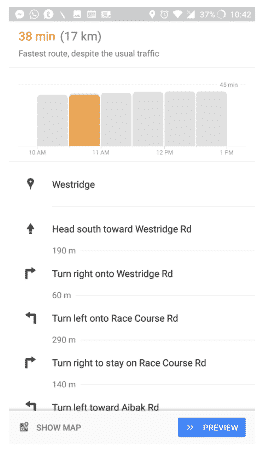 A yellow bar appeared for this route, indicating that the traffic is expected to increase in the coming hours.

Furthermore, we can also see that if we had left an hour earlier, the timings might have shorter to reach your destination. In fact, the situation gets worse in the later hours as we can see from the figure above. 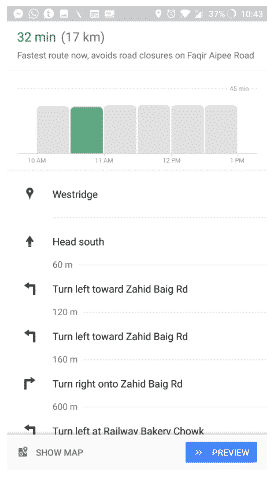 For this route a green bar appeared, indicating that now’s the optimal time for making the trip.

I checked it during 11.15am today so low traffic was to be expected. 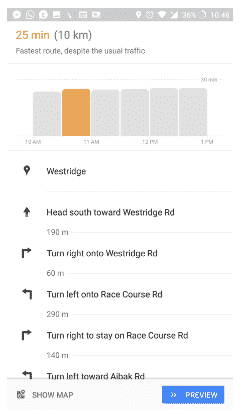 Next up, I tried to see the route from Westridge to Islamabad Airport. Again a yellow indicator appeared, indicating a cautious approach to traffic levels.

Next the starting location was changed to Bahria Town Phase 5 and the same destinations were tested. 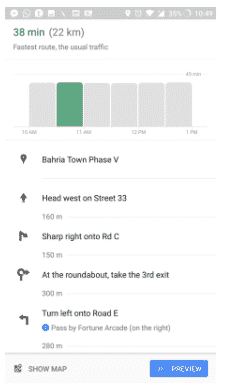 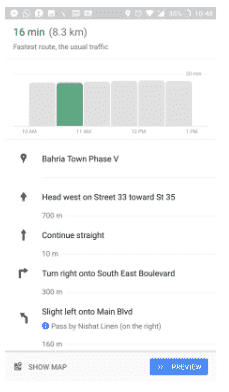 Apparently it’s better to be in Bahria today rather than Westridge as far as today’s traffic conditions are concerned.