According to World Bank’s latest edition of the Migration and Development Brief, remittances to developing countries has fallen for a second consecutive year in 2016.

Where Nepal, India and Bangladesh saw a contraction of 6.7% in 2016 due to lower oil prices and fiscal tightening in the GCC countries, Pakistan saw a modest growth of 2.8% in money remitted by its expatriates. The remittances to the Southeast Asian region are expected to grow from 2% to $112 billion in 2017. 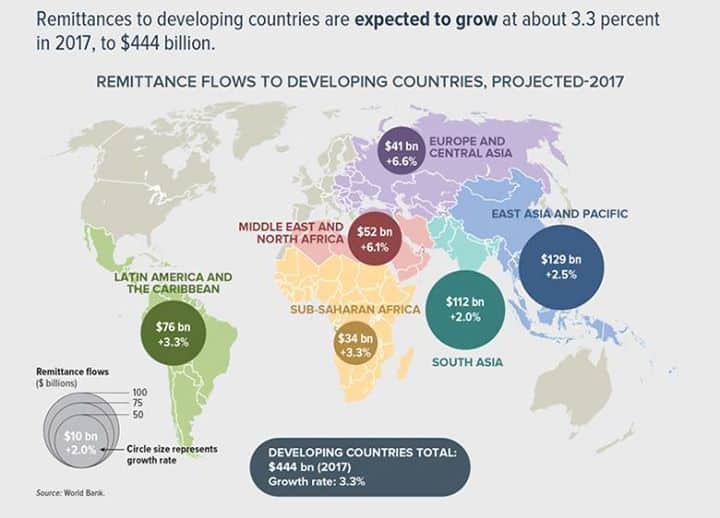 Dilip Ratha, lead author of the Brief and head of the Global Knowledge Partnership on Migration and Development (KNOMAD) said,

Currently, the global migration architecture is fragmented and undefined. The global community needs to systematically map the current institutional framework, clarify the missions of key organizations, and develop normative guidelines by building on existing conventions that address migration.

According to the report,

The decline in remittances, when valued in U.S. dollars, was made worse by a weaker euro, British pound and Russian ruble against the U.S. dollar.

This is a serious concern as families in developing countries rely on remittances as an income source. Disruption in the remittance flow can have a devastating impact on the lives of people who are seeking health care, education or proper nutrition.