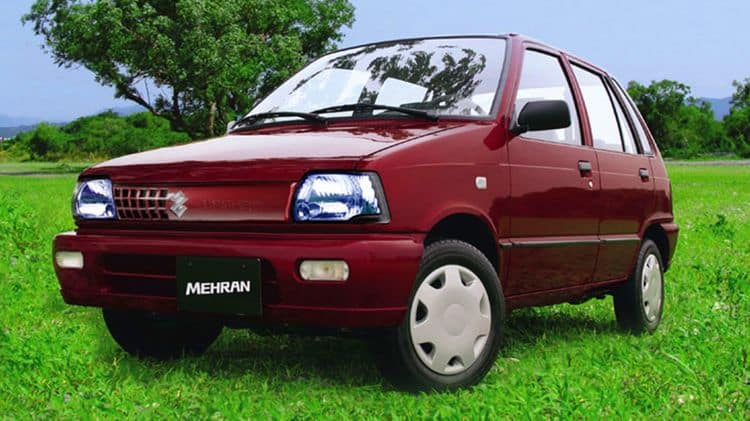 It’s time for us to bid farewell to the CNG-fitted Mehran variants, as Pak Suzuki Motor Company Ltd. has decided to discontinue it.

Informed sources say that the automaker is considering the move given the recurring trends of CNG supply shortages and reduced petrol prices.

In a letter to all Suzuki Motor dealers, the car manufacturer has ordered them to stop bookings for CNG-fitted Mehran models.

The new development has already been implemented, starting from July 10, 2017. However, orders placed before this date would still be served.

Mehran was the last locally-assembled CNG car as all other models have already been eliminated gradually.

In recent years, CNG-fitted cars have contributed a great deal, over 80%, to the overall production and sales. However, with the scarcity of gas supply in Punjab and only three-days per week for CNG availability in Sindh, the CNG-car industry has been left in tatters.

The sales for CNG-cars reached an all-time high in 2013 when petrol prices were recorded at an astoundingly high Rs. 113.24/litre. The petrol prices have been on the lower side for the past year or so and it is currently being sold at Rs. 71.30/litre, down 37% from 2013.

The letter dispatched to the dealers stated,

Keeping in view the current low demand for CNG vehicles, the company has decided to discontinue all CNG variants of Suzuki Mehran.

CNG-fitted Ravi, Bolan and Mehran were rolled out in 2001, replaced by Cultus, Alto and Baleno which were introduced in 2002.

CNG cylinders and kits were no more available in 2012 as government suspended the imports, owing to the CNG shortfall. The ban was lifted in 2014 even though severe shortfall of CNG was witnessed in all provinces. The situation seems to be improving in Punjab but it is still lagging far behind given the 200 million cubic feet per day demand.

Ghyas Abdullah Paracha, the Chairman for All Pakistan CNG Association is hopeful of CNG revival in Punjab.

“The consumption of CNG continues to improve in Punjab where it has recently gone from zero to 50 million cubic feet per day”.

However, from the look of things in the local car industry, the future doesn’t look so bright for the CNG sector.