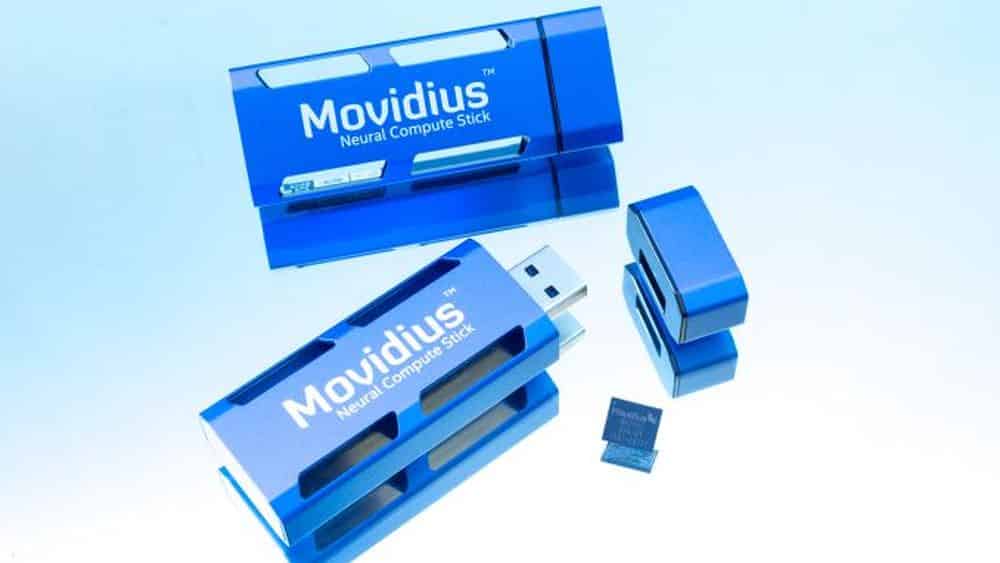 Movidius, a chip maker recently bought by Intel, has introduced artificial intelligence to the physical and (relatively) disconnected realm of a USB stick.

All major tech companies seem to be moving to artificial intelligence nowadays, with Elon Musk’s Tesla using it for self driving cars while Google’s been busy incorporating it in all its products.

Now Movidius has also joined the race with its updated ‘Neural Compute Stick’.

The USB stick was slated for launch in 2016, but the acquisition by Intel halted proceedings. Now the company is back to normal operations and its USB AI Stick is finally here.

What does it offer?

The device comes with the latest Myriad 2 Vision Processing Unit (VPU). The ultra low power processor is said to boast 100 gigaflops of computing prowess while using a measly watt of electricity.

The processor has twelve cores running in parallel and can execute facial recognition and object detection algorithms. It supports neural networks based on the Caffe framework (a neural network library).

However, it’s not clear if it will support Google’s TensorFlow framework or not. A complete list of specifications for the processor can be found here.

The device was delayed due to Intel’s involvement but that helped the company bring down its expected retail price. Initially it was expected to go for around $99, but now it can be bought for  just $79.

For a Niche Market

If you were already planning to use the stick to make your very own autonomous bike (or something similar) hold your horses, it isn’t that simple. Yes, the device is Plug and Play, but that doesn’t mean everything is pre-programmed into it. You’ll still have to develop your own neural networks and code everything. Even though the device is cheap it’s not for everyone.

It should be mentioned that the device is definitely not suitable for bigger corporations which require greater processing power. It would be much more efficient for them to simply incorporate their own sensors and hardware in their devices.

Though this is just the beginning. The future looks bright for AI at the moment. Lets just hope we aren’t living in a world of terminators soon.