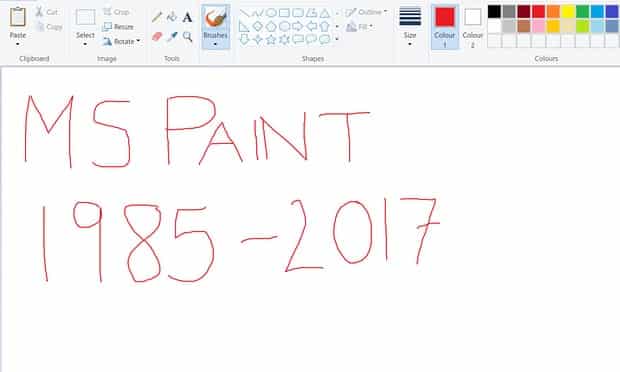 Yesterday, we all heard the news regarding the removal of the long-standing legacy app Microsoft Paint, in the next major Windows 10 update.

The good news is that the Paint – making kids happy since 1985 – which was reportedly going to be axed, will continue to live on.

All the news regarding the axing of Paint has forced Microsoft representatives to talk about the matter and they had to say this:

“MS Paint is not going away. In addition to the new 3D capabilities, many of the MS Paint features people know and love like photo editing and 2D creation are in Paint 3D – the new app for creativity, available for free with the Windows 10 Creators update. In the future, we will offer MS Paint in the Windows Store also for free and continue to provide new updates and experiences to Paint 3D so people have the best creative tools all in one place.”

So yeah, Paint is not going anywhere, rather it will be incorporated into Paint 3D, Microsoft’s next big implementation of its image making / editing app.