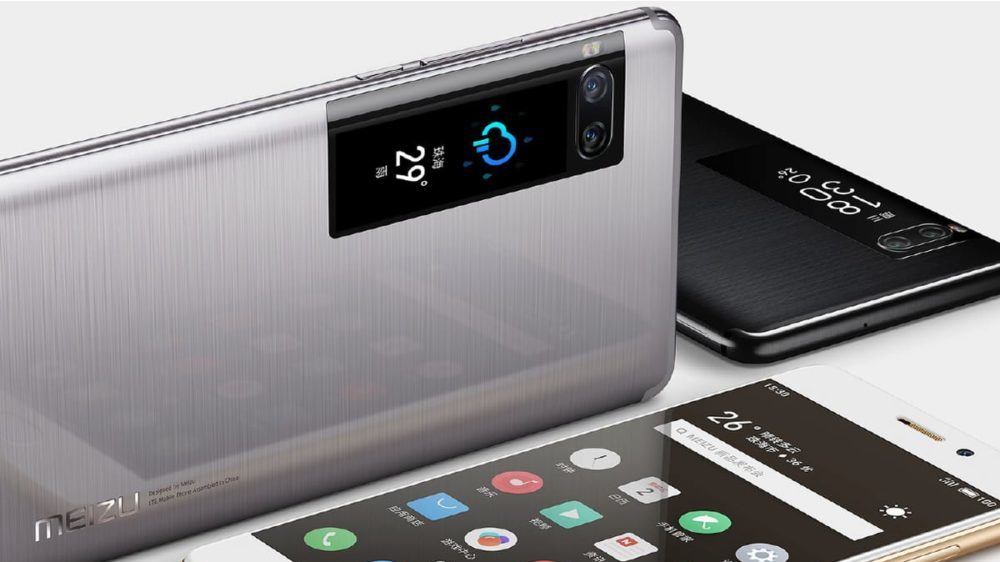 Meizu’s new Pro 7 and Pro 7 plus dual screen Smartphones have been officially revealed. The two phones were leaked extensively before the announcement, with most of the details being accurate.

The two phones will be available on August 5th in China for $430 and $530 respectively. 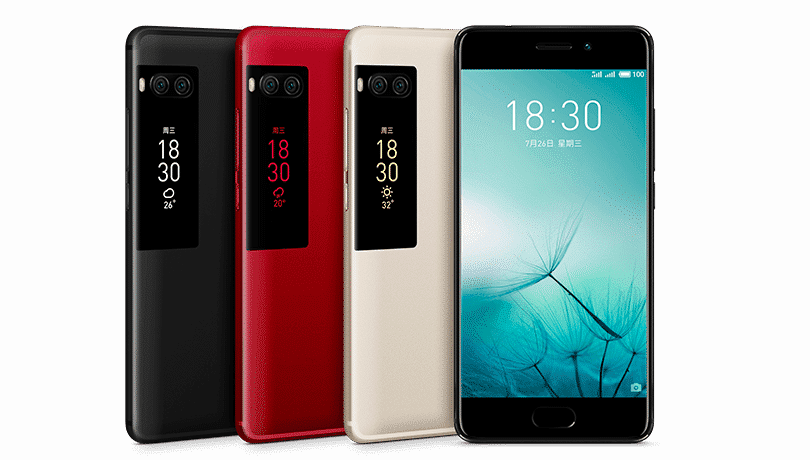 As you can see from the image, the main highlight of the Meizu Pro 7 and Pro 7 Plus is the secondary display on the back. Overall the phone itself looks generic from the front, it does have tiny bezels on the sides which is a plus.

It turns on automatically when you flip the phone over. It works as a weather clock, a notification area, music player and as a selfie screen using the main camera.

This may actually be a better implementation of a second screen than LG’s V series (or the recent Q series).

In terms of processing power, the two phones have a different target audience. The Meizu Pro 7 comes with an octa core MediaTek Helio P25 processor with 4 GB RAM and 64 GB internal storage.

Unfortunately there is no memory card slot on the two phones, however dual-SIM functionality is available.

Android 7.0 Nougat is included with Meizu’s Flyme 6 skin on top.

The camera setup on the phones is the same with dual 12 MP Sony IMX 386 sensors. One of the cameras shoots in full color and the other in monochrome, similar to Huawei’s setup. The two combine to offer solid low light performance.

The phones also include phase detection autofocus and a dual-LED (dual tone) flash.

Up front is a larger 16 MP sensor for snapping selfies, however you won’t be using it much for selifes because of the second screen on the back of the phone.

As the name implies the Pro 7 has a smaller battery than the Pro 7 Plus. The former comes with a 3,000 mAh unit and mCharge 3.0 fast charging support. The latter includes  a 3,500 mAh battery and the faster mCharge 4.0.

Meizu Pro 7 and Pro 7 Plus Specifications