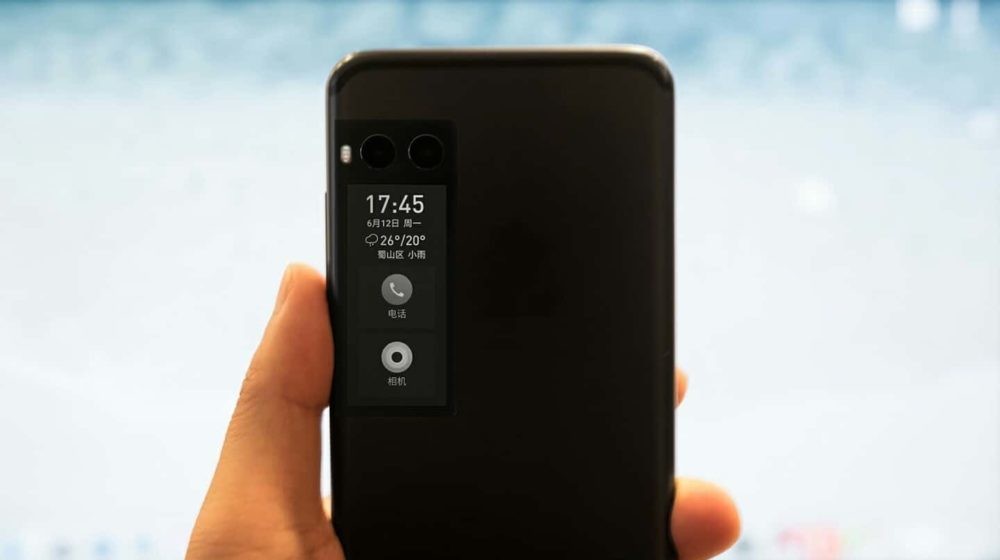 Reports are in that Meizu is going to announce its latest flagship smartphone, the Pro 7 next week. It will be announced on Wednesday, 26th July.

It is rumored to come with an additional screen at the back for added functionality.

Meizu’s Pro lineup is exactly what the name implies, aimed at enthusiasts and professionals who seek nothing less than the cutting edge in smartphone tech.

This year, the feature that sets the Pro line apart is the rear mounted secondary display (not to be confused with LG’s V series).

The design was leaked a few weeks back showing a relatively small display at the back just below the camera modules. Have a look for yourself at the renders.

The screen at the back isn’t grey scale, rather it is a full color LCD panel. There hasn’t been any official statement regarding the functionality of the screen but the main purpose of the screen is to assist the user in taking selfies with the rear dual facing cameras.

Other speculations indicate it may be used as an always on display similar to the Galaxy S8 and the LG G6.

If last year’s models are any indication, it’s safe to say the specs will be impressive on this smartphone. Although official specifications will be announced on 26th of July, but let’s have a look at what to expect.

The phone will be will come with a 5.2 inch 1080p display front and center. Just above it will be the 16 MP front facing shooter for taking selfies on the go. On the back the phone will house its dual camera modules and the secondary display. Controlling all this hardware will be MediaTek’s 10 nm Helio X30.

A larger 7 Plus model is also rumoured to be announced and it may very well house the latest Exynos chipset from Samsung like its predecessor.

Lets wait for the official event to see what the second screen has to offer on top of what we already know.