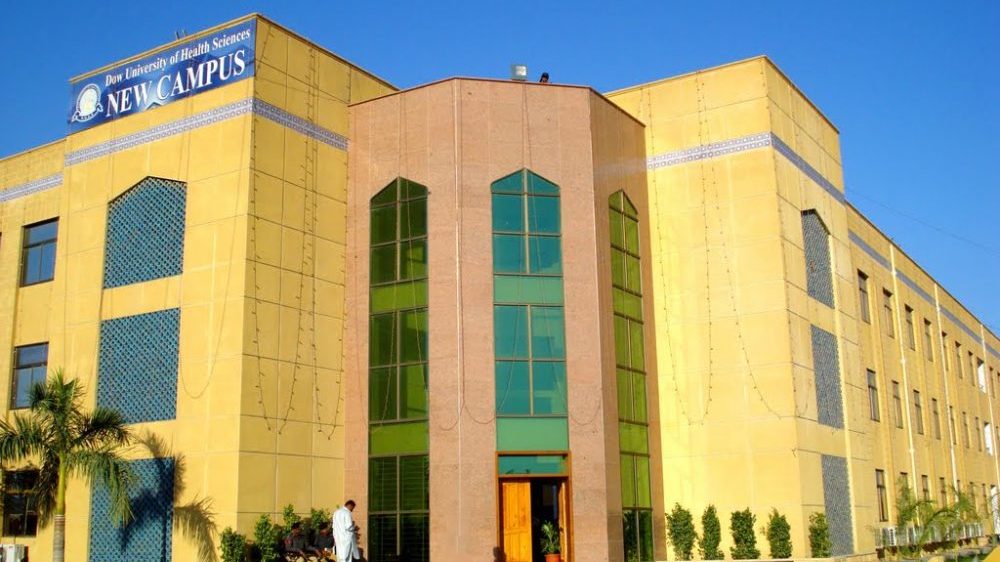 Today marks the 9th day since the MDS (Masters in Dental Surgery) postgraduate trainees from the Dow University of Health Sciences have joined the peaceful protest with the House Officers for better working conditions and pay.

The ongoing protest started after the concerned authorities did not comply with the trainees and house officers’ demands over fair payment of the wages owed to them by the authorities.

Dental Out Patient Departments (OPDs) are boycotted as well with the protesters sitting at the main gate of the Dow Medical College.

MDS is considered as one of the most expensive degree programs in the country, with an annual fee of Rs. 200,000 on average. Considering the fact that it is a 5 year program that costs as much as Rs. 1,000,000 for future dentists, it is nothing short of a travesty that graduates of the program are paid a pittance as they enter the workplace.

The graduates get a meager Rs. 20,000 allowance after spending a fortune for the degree, an amount that is not enough to even admit a patient from their own family if they happen to fall ill.

According the notification issued by the Sindh government, No. FD (SR-III) 5-77/2016, the payable amount for any postgraduate trainee is Rs. 65,000. Despite the official notification, graduates are not even getting a third of the allocated amount. They argue that the funds for the same are not available.

Ignored Since Day One

Even the most regular graduates do not receive the full amount of Rs. 20,000. Disbursement of payments are also highly irregular, with the pay being issued 2-3 months later as standard practice. The payments come after if a graduate personally goes to the finance department every month to demand their allowance.

No One Takes Responsibility

If the trainees and house officers complain to the finance department about the deductions and the small amount of pay they get, they are referred to another department. They are sent to various administrative departments where no one takes responsibility for the discrepancies. 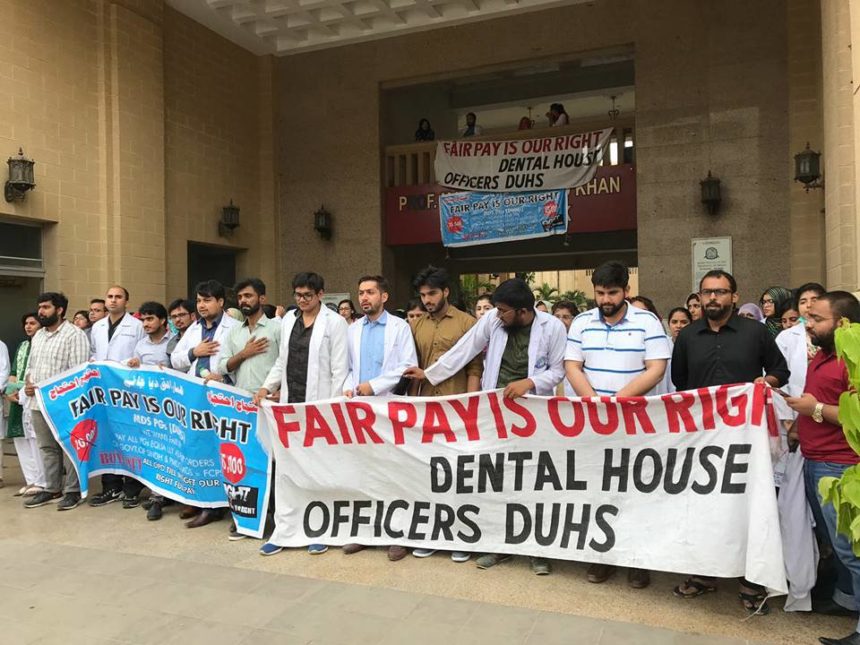 Pakistan Medical and Dental Council’s regulations state that MDS, being a level 3 qualification, is equal in rank with an FCPS II degree. The FCPS II trainees are given the full Rs. 65,000 per month however the MDS trainees performing the same duties get Rs. 20,000.

The protesters demand that their monthly allowance should be increased to the mandated amount and the fee should be decreased for the MDS program.

Pakistan Medical and Dental Council’s regulations state that MDS, being a level 3 qualification, is equal in rank with an FCPS II degree.

If the last 9 days have been any indication, the authorities have not complied with the demands of the protesters. Whether the University holds out against the students, or the trainees get what they want is yet to be seen.

The House Officers and MDS Post-graduate Doctors have come out with a joint plan of action as the protest-cum-strike continues into the next week: 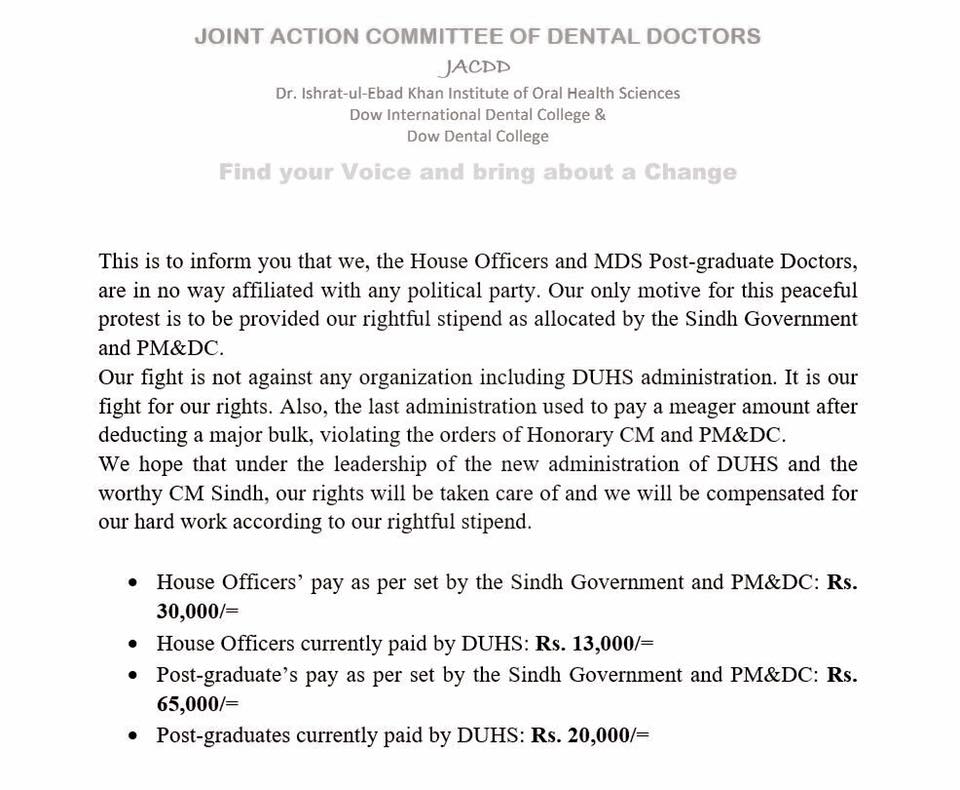