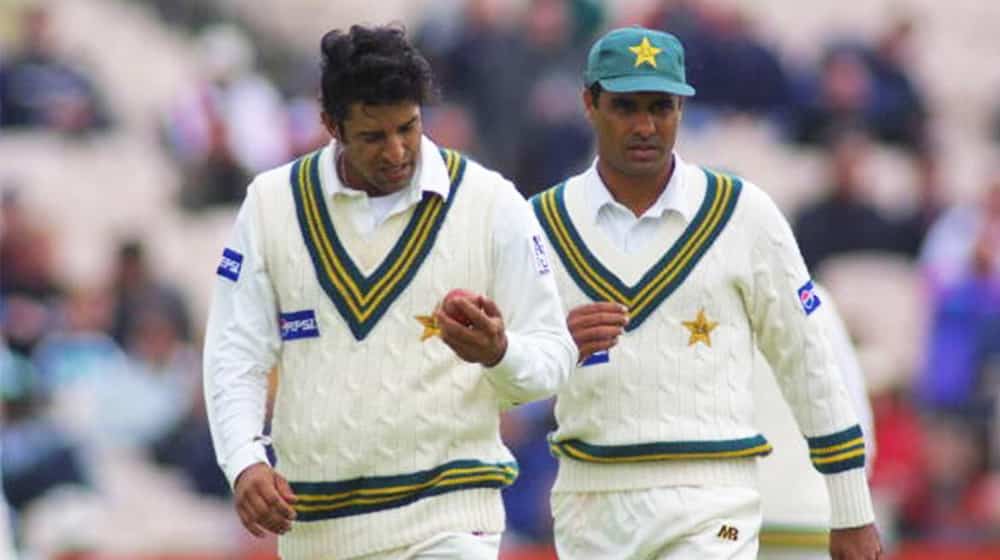 While partnerships between batsmen are usually feared these days, there’s one bowling partnership that still continues to haunt batsmen the world over.

It was the bowling partnership between the two deadly Ws – considered as one of the world’s most lethal bowling combination – that made stumps after stumps dismantle throughout the 90s and even after that. Not just Pakistani cricket watchers know of them, but just about any cricketing fan from around the world remembers them.

They may not have been the best of friends, but they were the hungriest, no matter what the pitch or weather conditions were. And now they’re coming back for one last time.

Pakistan’s premier T20 league, Pakistan Super League (PSL) has a great news not just for Pakistanis but for cricket lovers from all over the globe. The fierce fast bowling duo of Pakistan – Wasim Akram and Waqar Younis – is going to be in action after a long time. This time instead of rubbing that seam and delivering some fierce yorkers, they will return as fellow coaches. That doesn’t really matter for most of us, because having the two Ws together again is more than worth the price of admission.

Multan Sultans and their Newest Mentors

The latest PSL team, Multan Sultans has acquired Wasim Akram, who was the previously the Mentor for Islamabad United in the previous season. He will now serve as Cricket Operations Director for Multan Sultans, whereas Waqar Younis has joined the team as Mentor and Head Coach for the first time. Wasim was the part of the winning campaign of Islamabad United in the first season.

It is expected that Misbah-ul-Haq, who was the Captain of Islamabad United in the first few seasons, will fill in the shoes of Wasim Akram as the team’s mentor. Waqar Younis, who did not join any team in the first two seasons of the league, stayed as a coach for the Pakistan National team twice.

The official signing of the agreement is expected to take place in the third week of August in Karachi.

Waqar and Wasim – The Early Years

Despite having a troubled relationship in their playing days, the pair demolished the opposition batting lineups, having taken 559 wickets between them in the 61 tests they played together. A legendary on-field rivalry and the hunger to take more wickets than the other made them both a formidable force.

Wasim has taken 282 wickets while Waqar took 277 out of the 559 wickets, making them the third best bowling duo ever, after Curtley Ambrose-Courtney Walsh and James Anderson-Stuart Broad.

Everyone’s excited to see their favorite fast bowlers in action again. It cannot be said how their team will fare, but rest assured, we hope to see that same killer instinct from their team as well. Its not a far stretch to say that we will be treated to some fearless cricket from the newest team to enter PSL and the fact that they’ll be mentored by two of the world’s most aggressive bowlers.