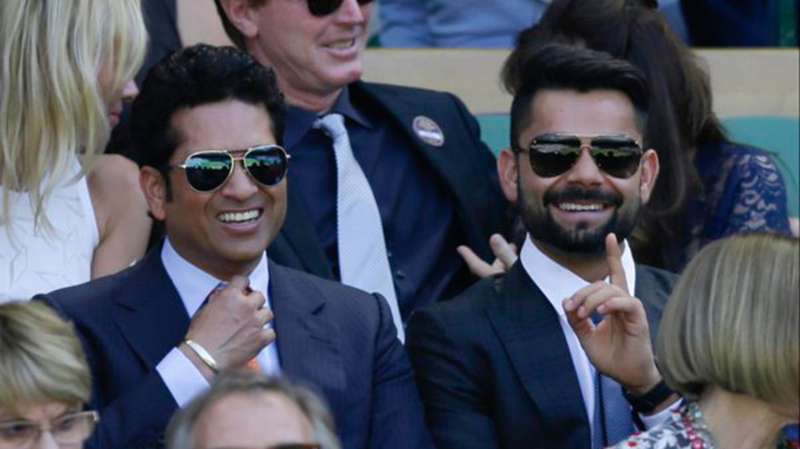 Former Pakistan Test cricketer, Muhammad Yousuf has said that Virat Kohli is not in the league of Indian Legends like Sachin Tendulkar, Rahul Dravid, and VVS Laxman while talking to a TV channel on Thursday.

The legendary Pakistani batsman, who has since retired from the game, said that he enjoys watching him bat but Kohli’s not there yet.

“The quality of cricket nowadays does not match the quality we had in the past. Virat Kohli is a very good batsman and I like to watch him play but I don’t think he is in the same league of Tendulkar, Dravid or Laxman.”

This is not the first time he’s rated Tendulkar ahead of Virat Kohli. At the start of 2017, he said in an interview,

“I don’t want to take anything away from Kohli. He is an exceptional talent. But I rate Tendulkar much higher because of the era he played in, against the best teams, fast bowlers and spinners”.

Why Can’t He Be Compared with the Legends of the Previous Decades?

Yousuf attributed various factors like batting-friendly pitches and poor quality of bowling lineups to the star batsman’s success. He asserted, “In the era I played, you encountered different pitches in Australia, England, West Indies, South Africa. Nowadays, they are the same everywhere for the most part.”

It was a different ball game in the days when the likes of Glenn McGrath, Wasim Akram, and Muttiah Muralitharan led the bowling attacks of Australia, Pakistan, and Sri Lanka respectively.

He further said, “Look at Australia’s present bowling lineup. They have no one to match Glenn McGrath or Shane Warne. India had Anil Kumble, Srinath, and some very good bowlers. South Africa and West Indies also had strong bowling attacks while Sri Lanka relied heavily on Muralitharan.”

Explaining the reason why the likes of Tendulkar and Dravid were ahead of the current Indian skipper, he said:

“To get runs against the likes of Wasim Akram, Waqar Younis, Shoaib Akhtar or Saqlain Mushtaq was no joke. Current Indian batsmen are getting runs but against weaker opposition and on similar pitches.”

Yousuf, 42, is a well-known cricketer himself. He scored at an astounding average of 52.29 and 41.71 in 90 Tests and 288 ODIs. His comments may not be welcomed in the Indian circles. However, he did bring up some valid and interesting points.

What do you think? Sound off in the comments section.