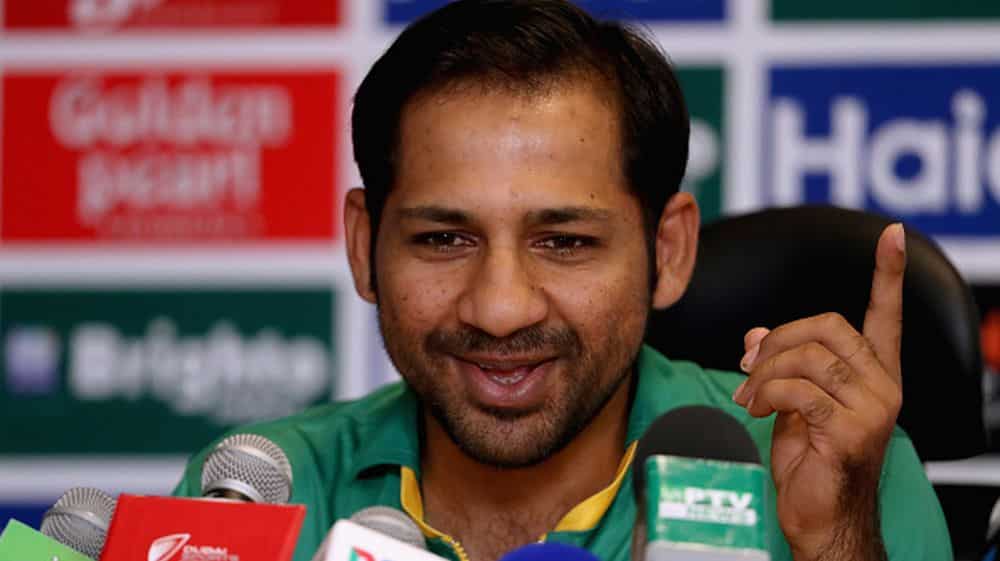 It’s been about 10 years since Sarfraz Ahmed fulfilled his dream and was honoured with a green cap for the first time.

However, it took him several more years to strengthen his place in the team. He has won several crucial matches for Pakistan. Back in 2015 World Cup, he showed his mettle when opened the batting and scored important runs on unfamiliar Australian pitches.

This was all just a prelude to Sarfraz becoming the most reliable player in the side and gaining the captaincy of Pakistan T20 side. Just before the recent Champions Trophy, he got to captain the ODI side as well, a team that barely qualified for the tournament.

If there was something that most of us could never have thought of, it was that Pakistan would bring the trophy home. Sarfraz agrees with that:

“It’s not just my dream, but the whole team’s dream to be the No. 1 team. And just like we achieved success in the Champions Trophy, hopefully we can continue like that.”

Sarfraz’s Plan to Reach the Top

Apparently, he hasn’t grown overconfident and still believes there’s a lot to be done before Pakistan can rank at the top of ICC rankings.

We know this team can get better. This team, it’s a mix of youngsters, seniors, and they are all good. Our team may have some youngsters, but many of these players played with me for the Under-19s, juniors, in first-class cricket and all are very good. What they need is support. If they get it, they can get better.

Sarfraz has a strategy in place so that his team continues to perform the way he wants,

I’m not surprised by how well these guys did [in the Champions Trophy] because I know there are good players in Pakistan, at domestic level, other good players coming through just like Fakhar, Hasan Ali, Shadab Khan, Rumman Raees.

It’s important for a captain to realize that winning a tournament doesn’t mean you are at the top just like that. The 30 year old is well aware of that and he’s certainly not one who thinks he’s flying in the skies.

Before you achieve a goal, it’s important that you assess it, know what it is and how you can reach it. The wicketkeeper batsman has a pretty good idea of what is needed to become the No 1 side in the world.

To be the No 1 team is not just about winning one cup, but performing day in, day out and in every game at the same high level. Consistency is the most important factor.

Before our tour to West Indies [in April] our position was not very good, we were struggling. But we won that series. And then the start of the Champions Trophy we lost to India. But we improved day by day.

Complacency is the prime issue that Pakistan seems to have always fallen victim to. If the Captain of Pakistan’s new team believes that every game is important and you can’t become the top side of the world unless you put your best in every game, there’s a chance that Pakistan cricket might witness some good times ahead.

Sarfraz says that he’s enjoying his role as the captain of all formats and plans to win the upcoming series against Sri Lanka.

Have something to say or want to know more about this? Drop an email at [email protected]ani.pk or find Aadil Shadman on Twitter (@ashadman25) or Facebook(fb.com/AadilShadman).