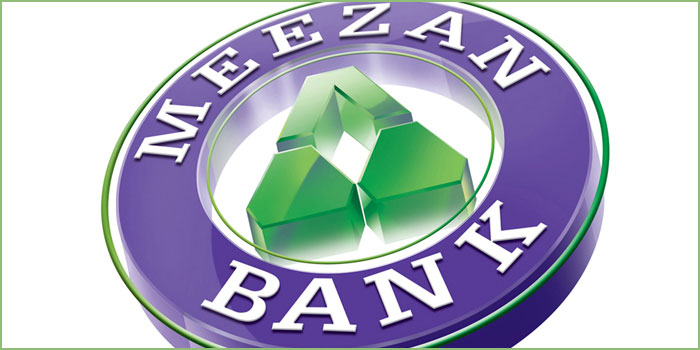 The board of directors of Meezan Bank has set a plan to achieve a profitability target of close to Rs.9 billion and an asset base nearly Rs. 1 trillion in next three years, with sustainable growth in operations and businesses.

The board approved a three year financial plan recently for the bank which will be submitted to the central bank and given to the management to achieve or surpass it given the present conditions of the banking business.

The financial projections included the profit target of Rs. 6.27 billion in the current year of 2017 with asset bases and gross income of Rs. 736 billion and Rs.27.9 billion to be achieved respectively.

Meezan Bank To Enhance Its Capital

Meezan Bank is set to issue 60 million right shares against Rs 10 each to strengthen the capital structure of the bank including paid-up capital up to Rs 10.6 billion.

This exercise of right shares will also maintain a sound position of Capital Adequacy Ratio (CAR) of the bank under Basel III accord and support the continuous growth of the Bank’s business.

The decision has been taken in the recent meeting of board of directors which gave the go-ahead signal to the management of the Meezan Bank to make the needful arrangement for issuance of funds through issuance of right shares.

This share will be offered to the shareholders of the bank in proportion to the number of shares held by each shareholder (i.e. as right shares) at Rs 50 per share inclusive of Rs 40 as premium per share in the ratio of 6 right shares for every 100 existing ordinary share of Rs 10/- each.

The board ruled out any significant risk factors associated with the right issue as the share is highly demanded in the market. However, the right shares so issued shall not be eligible for interim dividend declared for the year ending on December 31, 2017.

The funds received from right share issued will be used for the benefit of the bank’s business.

Meezan Bank continued its growth momentum and recorded good results in the first half of 2017 in which it posted a double-digit growth of 18 percent.

According to the financial results, the profit of the bank surged to Rs. 3.16 billion in the first half of 2017 as compared to Rs. 2.65 billion recorded in the corresponding period of 2016. Its profit before tax increased to Rs 5,408 million from Rs 4,433 million in corresponding period last year reflecting a growth of 22%.

The profit after tax increased by 18% in the same period due to extended applicability of Super Tax.

The Earnings per Share (EPS) of the Bank stood at Rs 3.15 for the half year ended on June 30, 2017. The bank maintained its position as the leading Islamic bank in Pakistan with a branch network of 571 branches in 146 cities.