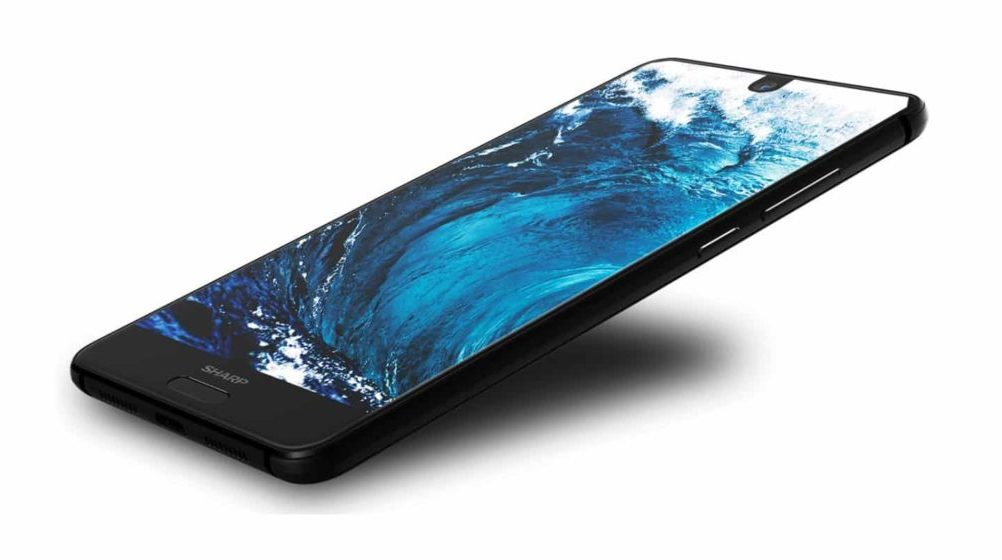 Sharp has released their latest smartphone, the Aquos S2. The phone was teased by the company a few days ago and rumored to have the highest screen-to-body ratio compared to others.

Remember Andy Rubin’s Essential Phone? Here’s Sharp’s version of it in the shape of Aquos S2.

The phone looks like a mishmash of several famous Android phones rolled into one. As I mentioned earlier, the front looks like the Essential phone, down to the weird looking camera blocking the screen. The top edges of the screen are cut off, which is a little uncoventional. The phone looks great either way.

The back of the Aquos S2 looks like something from HTC U11 or Xiaomi Mi 6, curved on all sides and edges. Another potential similarity is the camera unit which is exactly the same as iPhone 8’s rumored vertical camera orientation.

Despite the looks, the Aquos S2 doesn’t have flagship specifications. It comes with a Qualcomm Snapdragon 630 or 660 depending on the variant. Storage and memory options range from 4 GB/64 GB and 6 GB/128 GB respectively.

It is a dual SIM phone and uses a hybrid SIM/microSD card slot for expandable storage (up to 256 GB).

Sharp Aquos 2 has a dual camera setup on the back with 12 MP and 8 MP sensors. Sharp went with a seven level bokeh effect for the cameras, similar to the iPhone 7 Plus. Additionally the primary cameras come with PDAF and a dual LED flash.

The front camera is an 8 MP sensor, same as several other smartphones.

A 3,020 mAh battery powers the Aquos S2 which should be adequate for a mid-range/super mid-range phone. It features Qualcomm’s Quick Charge 3.0, fast charging support.