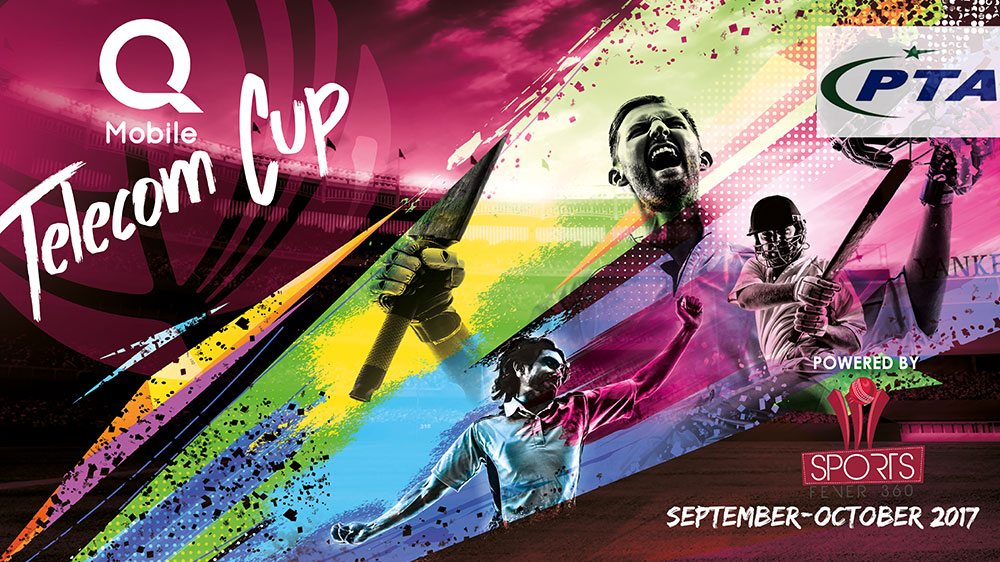 Being a supporter of Cricket and other sports at the international level for the country, QMobile, one of Pakistan’s most popular smartphone brands, has taken an initiative to support sports at a level which many don’t strive for.

In a world where corporate routines have gone tougher with every working day, employees should have sports-related incentives where they could showcase their athletic skills, and relax between work.

To this end, QMobile, in collaboration with PTA & sportsfever360 has decided to come up with a concept for the industry-based sports.

To begin this initiative, QMobile in partnership with PTA & Sportsfever360 have launched Telecom Cup in Islamabad which includes all telecom companies such as Telenor , Mobilink , ZONG , PTCL , UFONE , Witribe , Vetracom ,Nayatel. PTA & a few others have already been requested to send their teams as well.

This Telecom Cup will start from 24th September in Islamabad and will be played on League basis at various grounds in Islamabad / Rawalpindi.

The event will begin with the opening ceremony on 23rd September 2017. More details related to the event as well as the schedule for 1st Telecom cup will be shared in the next 2 weeks.

For details, keep an eye out on QMobile’s official Facebook page.