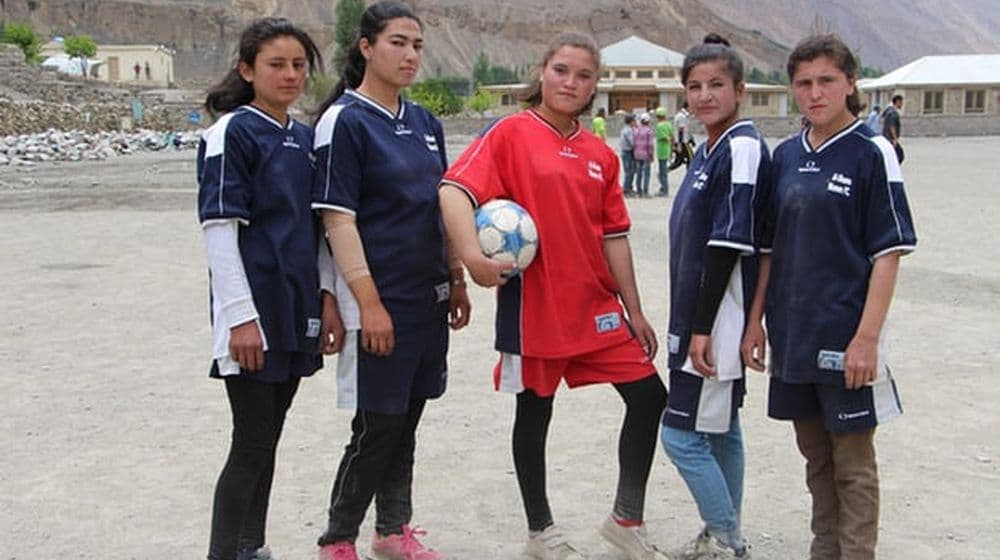 While the Northern areas of Pakistan are famous for their scenic beauty and rich cultural diversity, a small village named Shimshal in Hunza Valley is famous for women’s football, a development that is more or less inspired by the efforts of a single family.

Despite a population of only 2000 people, a large number of girls play football on the dusty pitches of this 3800m high village above the sea level. 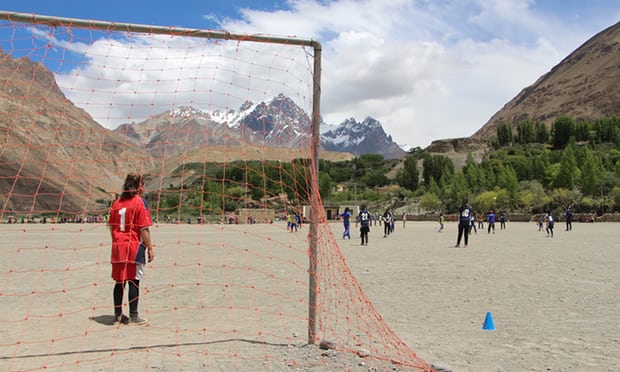 Karishma Inayat is a girl who hails from Shimshal village, but she moved to Lahore with her family to continue her studies. Despite leaving the village, she and her family have close affiliation with their village. Her father had the passion to get the children of his village educated, therefore he brought kids to Lahore where they could study.

Karishma’s father took her and her two sisters to the football fields in 2012, and despite having more interest in cricket, they never looked back.

“We played for two or three clubs before joining a national-level club. We played so many national-level games for them and then in 2016 I and my sisters went to Dubai to represent Pakistan in the Jubilee Games”, she says.

Meanwhile, her brother and a cousin introduced football to the girls in Shimshal. In the first tournament, more than 70 girls took part, which was a promising start to their efforts.

The most obvious obstacle was the social pressure; however, they took it as their motivation instead of getting bogged down.

“The main problem in my village is that when girls are 18-19, and when their parents aren’t able to get them educated or pay their fees, they think it’s a good idea to get them married so their husband can manage the rest of their life. We want this to be finished. We want to give them a purpose. Some can get admission to a university on sports scholarships.”

Karishma believed that a platform for such girls would help them to showcase their hidden talents. Young girls and Krishna’s family set out to develop ‘Al-Shams Women FC’, however, they could not get a sponsorship despite presenting their idea in an event at the US Embassy, Islamabad, and even local businesses.

‘How could girls in the north play football?’, was their reaction.

The obstacles like logistics and lack of opportunities to participate in regional and national level games need to be dealt with.

“Parents are very supportive but the problem is a lack of opportunities. The opportunity for us to get them playing in national-level or regional-level games doesn’t exist.”

Despite the perception of foreign media and people, Karishma believes that “in Pakistan, people are very supportive. The best part about Shimshal and areas in the north is that they are very open-minded people and they don’t care about what people say.”

Everyone chipped in with whatever they could donate to buy the kits and the gear for the practice.

“We went there in June and we started training the girls. When we arrived at the ground there were girls already standing there waiting for us. They had heard that we were going to be teaching football. On the first day, we had 90 girls with us, then it increased.” 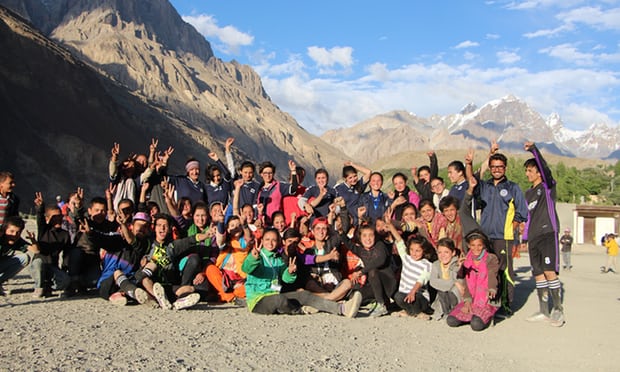 The parents want their daughters to play the game and combat against the practice of early-age marriages. They believe that football can serve a good purpose in their lives as these girls look to move beyond the valley.

Karishma and her group arranged a tournament last month and the response was overwhelming,

“We couldn’t manage, there were over 100 girls. There were parents that brought their kids to our houses so that we would register them for the tournament. There were so many left out because we couldn’t register more than 100 players.”

Karishma aims to take the girls to other places and compete with football clubs.

“Out of 100 girls, we somehow managed to select 18-20 girls. We are training them. We have selected a team and we want to bring them to Islamabad or Lahore, or wherever is possible, so they can play on grounds.” 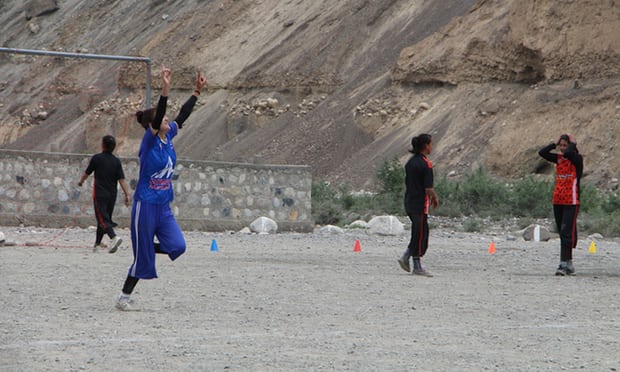 The efforts made by Karishma and her family are simply remarkable. Changing the lives of people in remote areas of Pakistan is truly a wonderful initiative and more such initiatives need to be introduced to change the perception of Pakistan in the international circles.