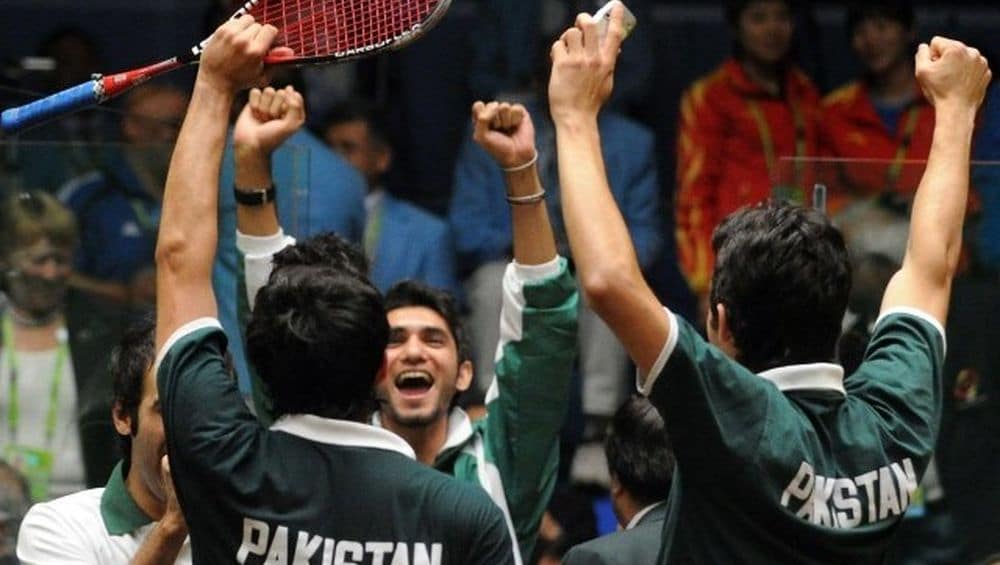 Pakistan’s fate in Squash is ready to take a sharp turn as the Professional Squash Association (PSA) has lifted its ban on international entries to appear in tournaments held in Pakistan.

Pakistan, All Set for Its Next Big Squash Event

After a several year long ban, the country is now scheduled to hold its next big Squash event in December.

PSA has not only lifted the ban but is also promoting high prized events. As told by an Pakistan Squash Federation (PSF) official, PSA has offered Pakistan a $50,000 championship.

The official announced that the championship is to be held in December and said “One of the highlights of this decision by the PSA is that it allotted Pakistan one PSA-50($50,000) event. We will hold this championship in December this year. ”

A few days ago, a senior PSF official visited UK to meet with officials from PSA security firm. He submitted the security plans for ensuring the security of international players in Pakistan.

Officials from Sports Risk, the security firm, also visited Pakistan in March and witnessed the international series being held in the country. The series proved to be the turning point for sports in Pakistan; it convinced the officials of Pakistan’s capability and ensured them of its credibility to hold international events.

We must continue to step ahead

As Pakistan struggled with its deteriorating law and order situation, matters became worse after an attack on the Sri Lankan cricket team, leading to the country’s first ban by PSA.

Since then, sports like squash and snooker have substantially contributed to the country’s soft image.

Pakistan has long been associated with the sport. The country has seen many successes in the past as Pakistani players ruled the sport for several decades.

The removal of the ban will prove to be great for Pakistan’s sport industry and will provide more opportunities to young Pakistani players.