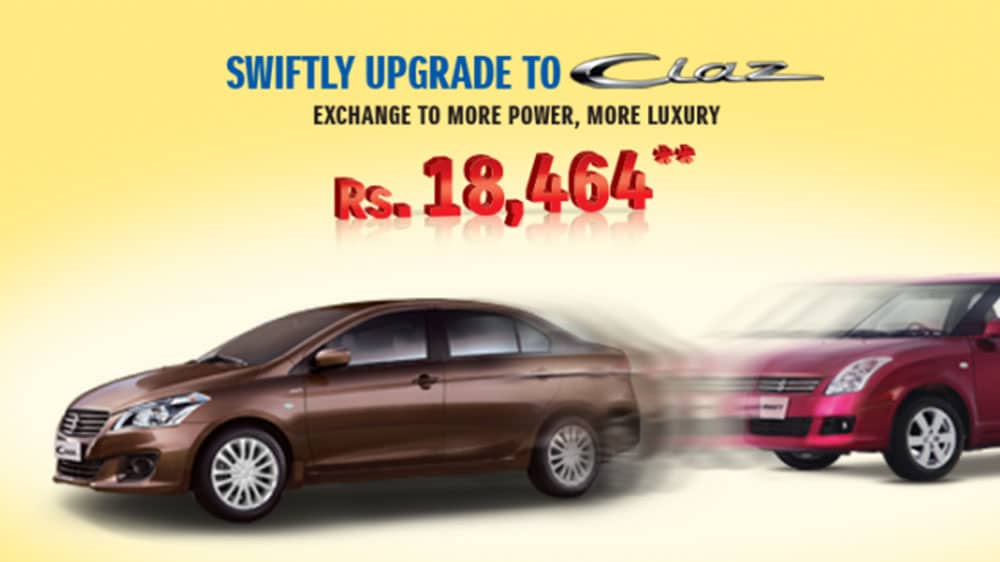 With the launch of Suzuki Ciaz, many people were hopeful that the Japanese automaker will be able to compete against other car options out there.

Unfortunately the latest sedan by Suzuki seems to be following the same fate as Suzuki Kizashi and Liana in terms of its sales. Pak Suzuki is striving hard to restore its reputation in Pakistan by presenting the Suzuki Ciaz as a worthwhile competitor to Honda City and Toyota Corolla models.

Suzuki vs Its Rivals

Honda City is the direct and immediate rival of Suzuki Ciaz along with Corolla Gli in the 1300cc category. Honda City was launched 8 years ago. In terms of performance, the recent City model clearly outclasses the Suzuki Ciaz.

Both models of Ciaz fall under the same price range as Toyota Corolla’s cheapest models (all 1.3L variants). So saying that Ciaz is going through an uphill battle, since its launch, would not be wrong.

A new promotional marketing campaign has been started by Suzuki while collaborating with Bank Alfalah with a goal of increasing the sales of its Ciaz models.

Under this new Suzuki Exchange Program, you can swap your old Suzuki car with the new Ciaz sedan.

They have also mentioned the offer on Suzuki’s official Facebook Page: 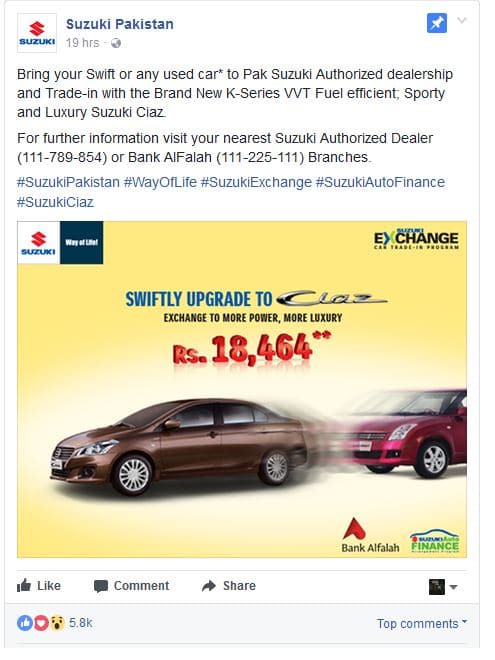 How to trade your car

If you are interested in trading your old car with a brand new Suzuki Ciaz, you can pay a visit to your nearest Suzuki Authorized Dealer (111-789-854) or get in touch with Bank Al-Falah at their contact number 111-225-111

Such promotional marketing programs are not new in Pakistan and rest of the world. Toyota Indus also launched a similar campaign after the launch Fortuner in 2017.

Lets see how the struggling Ciaz can benefit from promotions like these.