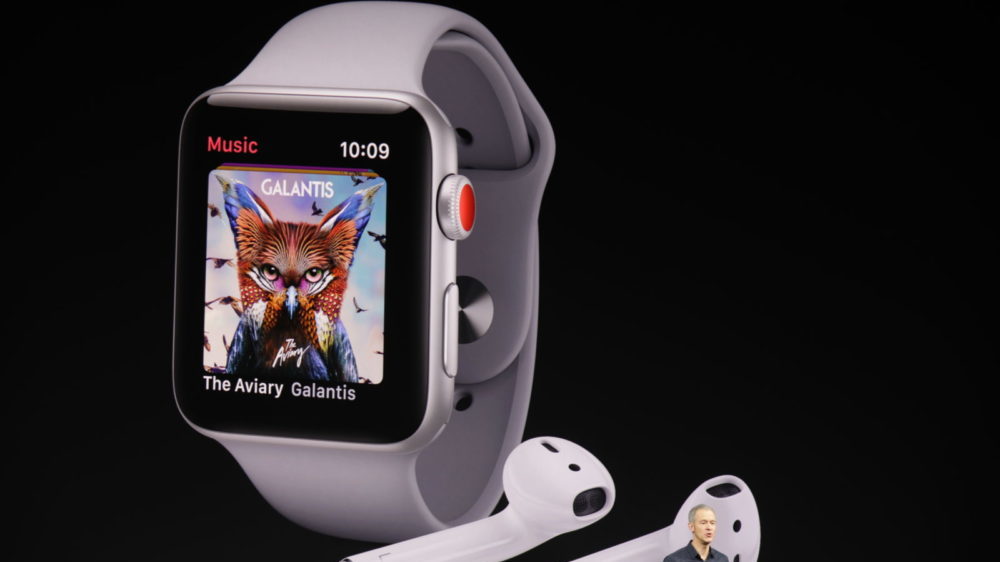 Apple may be a leader in the smartphone industry but wearables is a whole other ballgame. Xiaomi became the largest wearable maker in the world this year, beating the likes of Fitbit and Apple. So it seemed plausible that Apple might refresh its smartwatch lineup to change that.

Enter the Apple Watch Series 3, announced yesterday with the iPhone 8, 8 Plus and iPhone X.

On the outside, not much has changed from the previous iteration of the Apple Watch. It still looks largely similar aside from the red crown on the side and the large heart rate monitor. The red crown itself is exclusive to the LTE version.

The major changes are on the inside, where Apple has improved on several fronts.

First and foremost is LTE support. This means that you can stay connected with your iPhone even when you’re away from it. This makes it a major improvement in making the wearables market truly independent, instead of being chained to your smartphone all the time.

The display acts as the antenna with an electronic SIM embedded inside the watch. That said, LTE version is purely optional, you can get a GPS only variant as well.

It can still work as a fitness tracker, and thanks to LTE without being connected to your phone. The smartwatch is also getting support for Apple Music from October.

There is also a new dual core processor which performs 70% better than the W2 chip in the previous Apple Watch. The chip also improves on power efficiency as well as Bluetooth and wireless connectivity.

Storage is limited to 16 GB on the LTE version and 8 GB on the GPS version.

Water resistance has also been upgraded to a “water-proof” status. You can safely go for a swim in a pool with the Apple Watch on your wrist. Here’s a comparison between the two versions, courtesy of TechCrunch 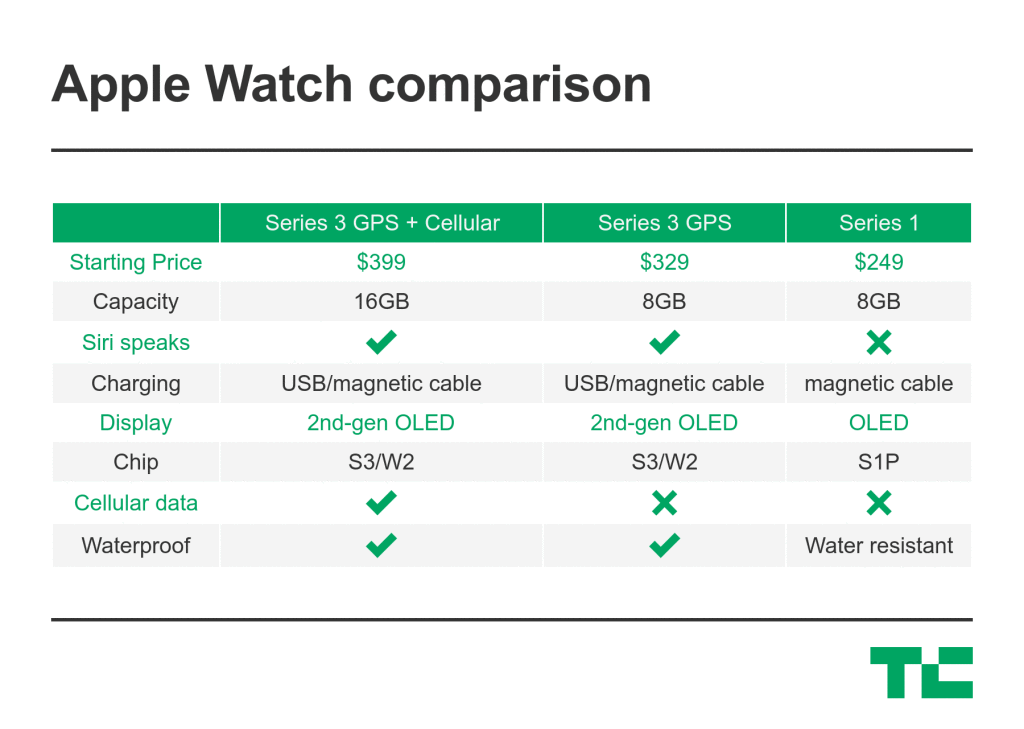 As for the price, Apple Watch Series 3 with LTE will cost you $399 while the GPS only version will set you back $329.