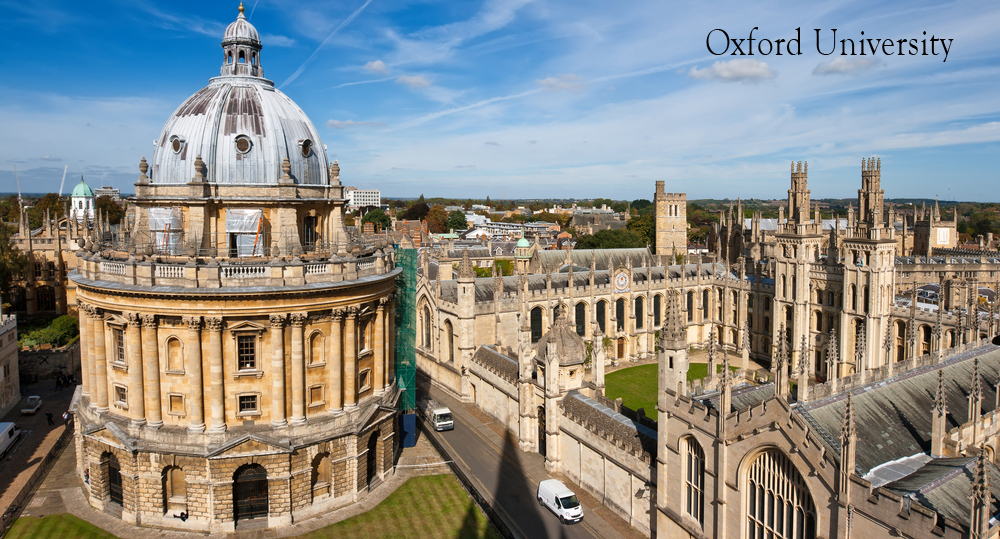 Pakistani women are making it big all over the world. Kanza Azeemi, who graduated from Lahore University of Management Sciences with a distinction in 2013, is yet another example of this.

She has been granted the highest academic honor at the MBA program of University of Oxford. She was presented with the award by the dean, Peter Tufano, in a prestigious ceremony held at the end of the course. The ceremony itself was held at Sheldon Theatre, one of the oldest in the university. 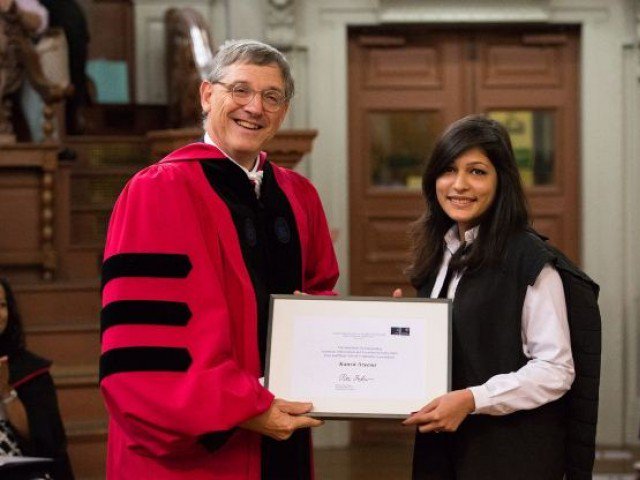 The Dean handing the Certificate to Kanza

She successfully scored the highest position in a class of 327 students from 58 different countries. The press release said that she was awarded with the very honourable Saïd Prize on completion of MBA from the prestigious Saïd Business School at Oxford University.

The dean announced her position on the Dean’s Honor List and talked about the events she organised. She was also elected as the Co. Chair of the Women’s Leadership Oxford Business Network, working to promote gender equality and promoting women in leadership positions.

Every year this prize is awarded to one outstanding student at the business school for their outstanding academic and co-curricular activities. Usually these students have excellent contributions to the MBA program as well as the Oxford community on the whole.

Recently, Oxford University was ranked as the best university in the world by Times Higher Education. The rankings are based on several factors that collectively determine the worth of a university.

Read More: Only 4 Pakistani Universities Make it to Top 1000 in the World

Most of the universities failed to even make it past the top 500 rankings. Only Quaid-e-Azam University managed to crack the top 500.