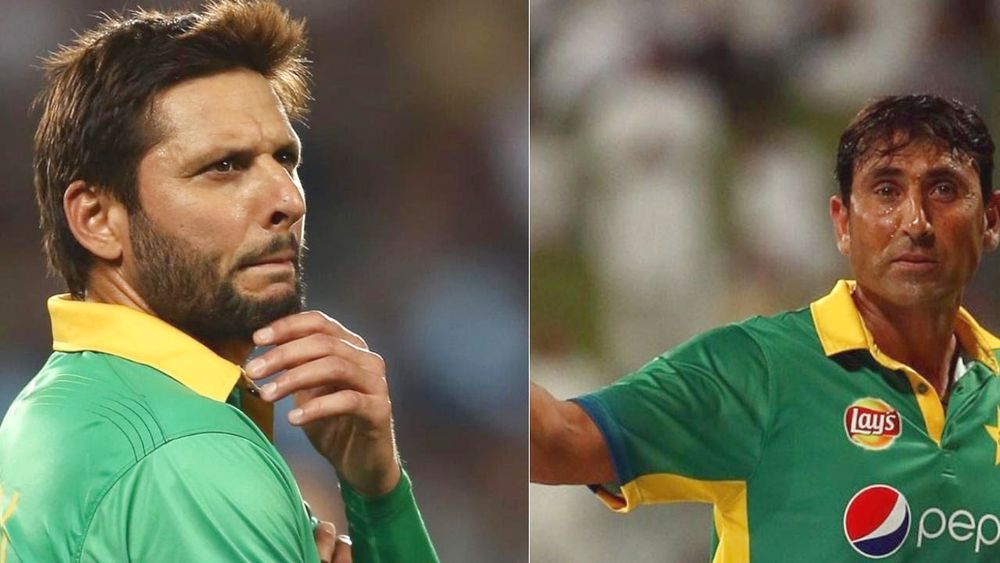 To honor its star players of the year the Pakistan Cricket Board (PCB) held its annual award ceremony in Lahore. Even the recently retired legends like Misbah-ul-Haq, Shahid Afridi and Younis Khan were to be awarded for their services for Pakistan cricket.

Members of the touring ICC World XI and many top notch former cricketers including Shoaib Akhtar, Wasim Akram, Waqar Younis and Mushtaq Ahmad attended the event. However, Shahid Afridi and Younis Khan were not present at the ceremony and probably for the right reasons.

Younis Khan claims that it was unnecessary as he had left the cricketing world four months ago. Khan also said that he can not forget what he has gone through as a player with this board. He added that the board does not know how to show respect to players who have given their lives to cricket.

According to sources, Shahid Afridi would get a farewell reception at the conclusion of First T20I between Pakistan vs World XI. For this reason Afridi was seen during the first T20I game of Independence Cup. However, he was told that he would be awarded farewell reception later.

A few days later the players were told that only if they attend the Award Ceremony should they expect a formal farewell from the PCB.

If that wasn’t enough humiliation, members of the board conveyed all of these messages over WhatsApp and the legends of Pakistan cricket did not even receive a formal invitation to the farewell or the Annual Awards Ceremony.

PCB had earlier announced 10 million rupees each for both Afridi and Younis but it was donated to Edhi Foundation as both the players didn’t attend the function.

It didn’t stop there as PCB Chairman, Najam Sethi, acted as if he knew nothing and put the blame on Afridi and Younis for not attending the event. He said

“PCB wanted to honour them also under this roof but I don’t understand what mistake the PCB has made that they are not here today.”

He announced that “The award money which was to be presented to the two legends will be donated to the Edhi Foundation.”

Afridi responded to the announcement in a tweet to Chairman PCB, Najam Sethi.

@najamsethi i thank u as i couldn't be more happy of u giving the cheque2EidhiFoundation! Nothing better then supporting this noble cause.👍🏻

Considering that Shahid Afridi had major impact in bringing international players to come and play in Pakistan, the current incident is very demoralising.

Rs 10 million is not small amount and if Afridi and Younis refused that for the sake of their dignity, it’s pretty evident who is at fault here. Najam Sethi has only just taken over the PCB as Chairman and the board’s attitude has already gotten worse with former players. He will have to resolve the issues if Pakistan cricket is to progress and make use of the legends’ services.

Twitter was furious at PCB behaviour towards national heroes who are yet again treated like dirt by the board. Even Mirza Iqbal Baig, the popular sports anchorperson, agreed with the players.

What is going on in Pak cricket? Do we respect our heroes who brought laurels for Pak. https://t.co/YlxHNUydex