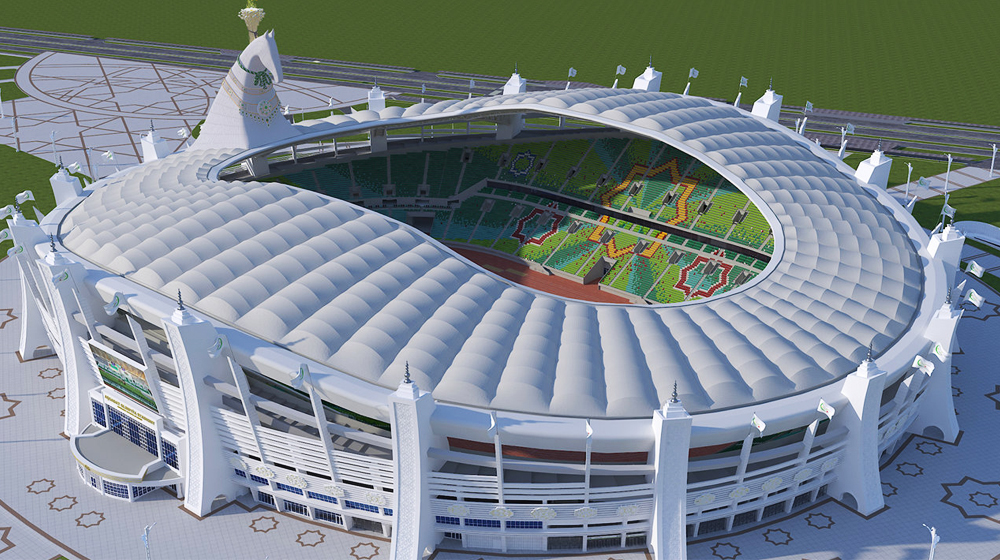 Pakistan started the 5th Asian Indoor and Martial Arts Games on a high note by winning gold, silver and four bronze medals on the opening day of the event.

Held in Ashgabat, the Asian Indoor and Martial Arts Games formally kicked off on Sunday, with over 6000 athletes from 62 different nations participating in it.

Pakistan’s Shahzeb Nawaz and Muhammad Rafique featured in the Men’s duo final and manage to pull off an upset against Thailand, which was witnessed by a packed indoor crowd.

The Pakistani duo had earlier defeated the twin brothers from Turkmenistan — Ahmad Tanriberdiyew and Yousaf Tanriberdyew — after taking a bye in the opening round.

Shahzeb and Rafique emerged victorious against Thailand after a hard fought and a close fight; they secured 45 points against their 44.5, leaving a difference of 0.5 points.

Talking to a media outlet Shahzeb and Rafique errupted with joy and thanked the Almighty Allah for their win.

We received tough training which helped us to prepare for the event.

Turkmenistan was a strong team and their defeat had boosted their morale that they could also beat Thailand.

Pakistani athletes also excelled in other categories as well and managed to secure two silver and three bronze medals in jujitsu and one bronze medal in traditional wrestling.

The international duo of Abu Hurrara and Ammar won the silver medals by defeating Tajikistan and then claiming the golden point when their fight with Thailand tied on 80 points each. However, later they lost the gold medal fight to host Turkmenistan.

Featuring in women’s duo show classic event was Sonia Manzoor and Komal Emmanul. They grabbed the bronze medals while Thailand won gold and Turkmenistan settled with a silver medal. The same pair featured in women’s duo show and won yet another bronze for the country.

In the mixed duo classic, Pakistan’s another pair of Shahbaz Nawaz Janjua and Rafique Siddique lost to Turkmenistan and Thailand and recorded victory against Tajikistan to grab a bronze medal.

Ambareen Massih not only represented Pakistan in traditional wrestling category but also won a bronze medal in 58kg weight category.