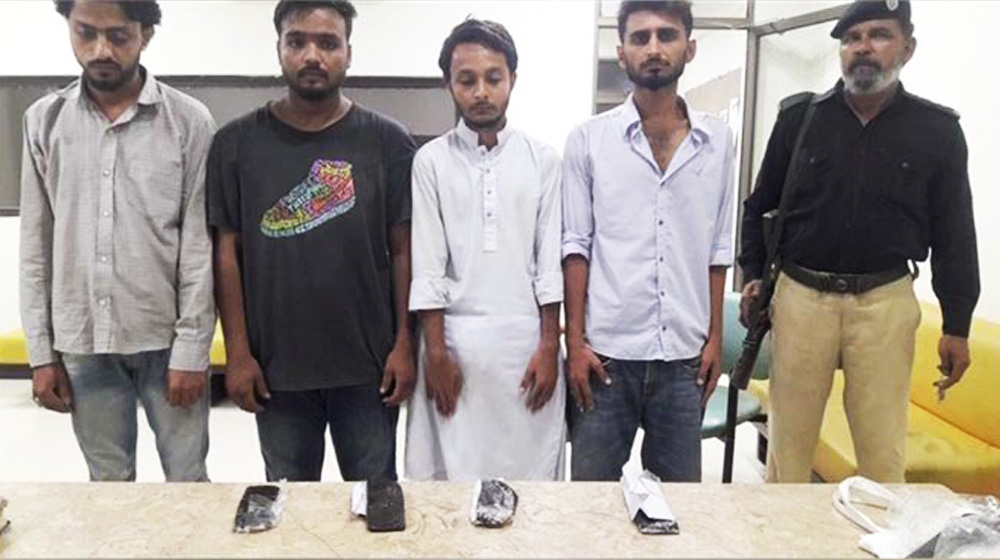 Drug usage in Pakistan has increased significantly and on Monday, police apprehended four gang members who were using social media to sell drugs.

According to media reports, the arrest took place at Defence Housing Authority (DHA) Phase VI, Karachi, which is considered to be posh area in the city.

Part of a larger eight member gang, the culprits who were nabbed by the police have been identified as Asfaq, Tabbasum, Ahsan and Taha.

Police stated that these members used to approach people in order to sell narcotics, especially to women.

The police as part of the operation approached the group on Facebook. Police officials were offered drugs and called to a location from where the members of the group were arrested.

Pakistani universities have seen an increase in use of contraband substances like hash and crystal meth, which has been recovered from the possession of the suspects in large quantity.

Authorities claim that a search to find the rest of the group members have been initiated, who are believed of selling hard drugs like cocaine and ecstasy.

The negative use of social media can’t be avoided. However, it is great to see that the local authorities are taking a proactive approach and take care of criminal elements who are using social media for all the wrong reasons.